The precarious finances of the average American 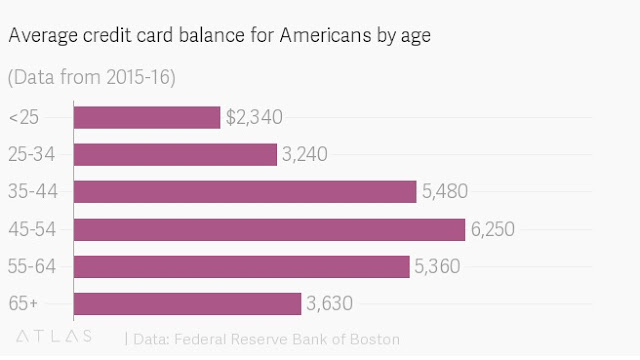 To me the most unsettling aspect of the month-long Federal government shutdown is the realization of how many Americans live paycheck-to-paycheck.  Back in 2011 a CNN article reported that most Americans don't have the funds to cover a $1,000 emergency expense.


A majority, or 64%, of Americans don't have enough cash on hand to handle a $1,000 emergency expense, according to a survey by the National Foundation for Credit Counseling, or NFCC, released on Wednesday.

Only 36% said they would tap their rainy day funds for an emergency. The rest of the 2,700 people polled said that they would have to go to other extremes to cover an unexpected expense, such as borrowing money or taking out a cash advance on a credit card...

Many respondents, 17%, said they would borrow money from friends or family. Another 17% said they would neglect other financial obligations -- like a credit card bill or mortgage payment -- in order to free up some funds.

An earlier study by the same organization found that 30% of Americans have zero dollars in non-retirement savings.

And now, eight years later, large numbers of Americans are unable to buy food if they miss a paycheck.  The image embedded at the top is from an article this week in Quartz:


While the average American maintains an average balance of $4,560, this is highly dependent on age. Balances are relatively low for the young, about $2,340 for those under 25, but grow as people get into middle age, reaching over $6,000 for people 45-54, before falling as they get older. At the peak of a person’s earning power, typically in middle age, they are given larger credit limits from card companies.

Finally, the analysis estimated the share of people who have “revolving” credit card debt—meaning they don’t pay off their balance in full at the end of the month. Stavins found that 44% of adults have revolving credit, and these people typically have an outstanding balance of $6,600. Revolvers are generally poorer and less educated than the typical American.

It's kind of scary.