The death of Meriwether Lewis - updated 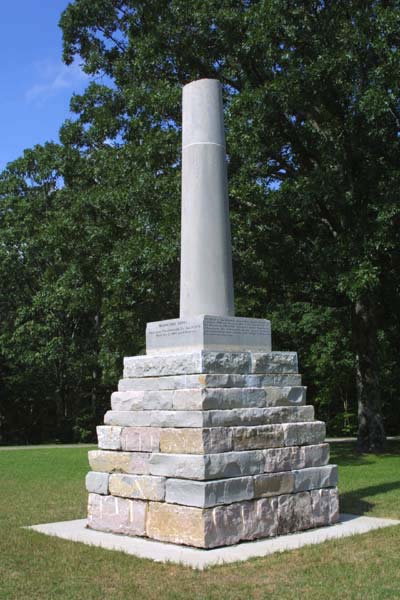 Some of the most interesting aspects of history are not routinely taught in schools.


Lewis got out his pistols. He loaded them and at some time during the early hours of October 11 shot himself in the head. The ball only grazed his skull.

He fell heavily to the floor. Mrs. Grinder heard him exclaim, "O Lord!"

Lewis rose, took up his other pistol, and shot himself in his breast. The ball entered and passed downward through his body, to emerge low down on his backbone.

He survived the second shot, staggered to the door of his room, and callled out, "O madam! Give me some water, and heal my wounds."

Lewis staggered outside, fell, crawled for some distance, raised himself by the side of a tree, then staggered back to his room. He scraped the bucket with a gourd for water, but the bucket was empty. He collapsed on his robes.

At first light, the terrified Mrs. Grinder sent her childern to fetch the servants. When they got to Lewis's room, they found him "busily engaged in cutting himself from head to foot" with his razor.

Lewis saw Pernier and said to him, "I have done the business my good Servant give me some water." Pernier did.

Lewis uncovered his side and showed them the second wound. He said, "I am no coward; but I am so strong, [it is] so hard to die." He said he had tried to kill himself to deprive his enemies of the pleasure and honor of doing it.

He begged the servants to take his rifle and blow out his brains, telling them not to be afraid, for he would not hurt them, and they could have all the money in his trunk.

Text from p. 465 of Stephen Ambrose's Undaunted Courage, which includes a discussion of possible reasons why this remarkable man ended his life in this fashion.  The background of his memorial is described as follows:


Lewis is buried today at the site of Grinder's Inn, along the Natchez Trace.  Alexander Wilson saw to preparing a proper plot and putting a fence around it.  A broken shaft, authorized by the Tennessee Legislature in 1849 as symbolic of "the violent and untimely end of a bright and glorious career," marks the spot.

Addendum:  Reposted from 2013 to add this information from JSTOR Daily:


Epidemiologist Reimert Thorolf Ravenholt sees the clues as pointing to an “underlying cause” of neurosyphilis paresis, or late-stage syphilis, which can lead to dementia and paralysis. In Ravenholt’s view, the preceding two years of Lewis’s “increasingly strange behavior,” including an earlier suicide attempt on the final journey to Washington, culminated in the desperate act in a remote country inn...

Ravenholt points to the mental and physiological ravages of syphilis, which he argues Lewis picked up on the expedition west. Among his eleven points of evidence: “sexual intercourse with women of the tribes by Corps members was frequently urged by the Indians and was commonplace” and “several Corps members (probably at least eight) did develop syphilis.”

Ravenhold puts forward a night in August 1805 as the likely time Lewis was infected. Lewis’s sudden interest in the topic of sexually transmitted diseases is made manifest in his journal entry of August 13, 1805: “I was anxious to learn whether these people [Shoshonis] had the venereal, and made inquiry through the interpreter and his wife.”

Ravenholt’s thesis, unsurprisingly, is controversial. A couple of responses in a later issue of the journal challenge him. One suggests that mercury, a common but highly toxic cure for venereal disease, may have been the cause of Lewis’s degeneration. Ravenholt rejoins that both syphilis and mercury could be detected in the remains.

We will likely never know the truth: The National Park Service, which has jurisdiction over Lewis’s grave, forbids the unearthing of graves on its lands.

If Tycho Brahe's remains can be unearthed and tested for mercury, there is no reason why the same could not be permitted in this case (unless the family dissents).

A tip of the blogging hat to Miss Cellania at Neatorama for locating and posting the link in the addendum.