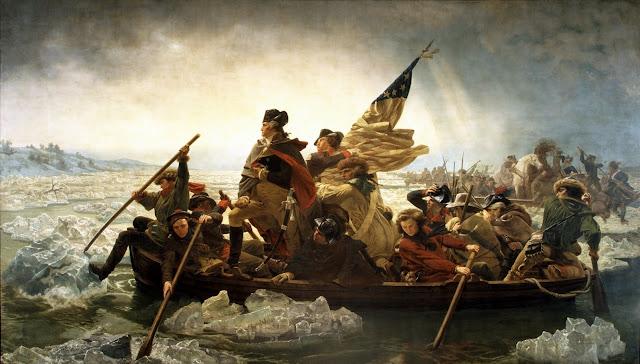 Washington Crossing the Delaware is a sonnet that was written in 1936 by David Shulman. The title and subject of the poem refer to the scene in the painting Washington Crossing the Delaware by Emanuel Gottlieb Leutze. The poem is noted for being an anagrammatic poem – in this case, a 14-line rhyming sonnet in which every line is an anagram of the title.

David Shulman was a lexicographe and cryptographer.  Please note that these lines are not only anagrams, but also arranged as rhyming couplets.

Via Neatorama, where there are nine other "Ridiculous feats of literature."