The rising costs of special education 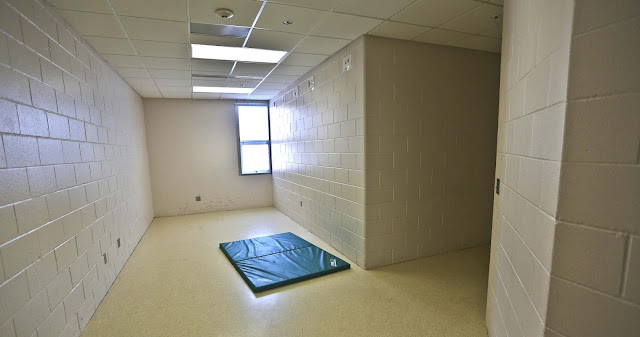 The classroom above was built to accommodate the needs of a single student.


Room 112 is walled off from the rest of a Maplewood public school by an ugly row of concrete blocks. Its wooden entrance was replaced with a steel door, and the carpet and plumbing fixtures removed, all so its sole occupant — an 8-year-old boy prone to attacking teachers and classmates — would have nothing to destroy during his daily outbursts. Even his books and toys were kept on a cart that could be wheeled away at a moment’s notice.

Every school day, the boy, who has autism and doesn’t speak, came to the barren cell built only for him. Two adults spent all their time teaching him to communicate.

The price? $153,000 for a year of instruction, nearly 20 times what’s spent on a student without special needs. “The costs are staggering,” said Connie Hayes, superintendent of the public school district that built the classroom.

A decade ago, the boy would have been institutionalized. Today, he’s sent to public school. His education in Room 112 tells a larger story of a growing predicament confronting schools across Minnesota...

By law, state and federal budgets are supposed to cover about 90 percent of the cost of educating students with special needs.

But they are falling short, shifting much of the cost to local school districts. Spending on special education is soaring — it has risen 70 percent in Minnesota over the past decade to $1.8 billion this school year...

More details and a news video at the StarTribune.