The sequester effect on military spending 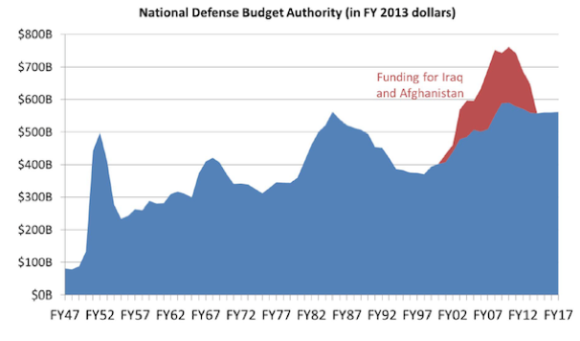 WASHINGTON — At a time when $46 billion in mandatory budget cuts are causing anxiety at the Pentagon, administration officials see one potential benefit: there may be an opening to argue for deep reductions in programs long in President Obama’s sights, and long resisted by Congress.

On the list are not only base closings but also an additional reduction in deployed nuclear weapons and stockpiles and a restructuring of the military medical insurance program that costs more than America spends on all of its diplomacy and foreign aid around the world. Also being considered is yet another scaling back in next-generation warplanes, starting with the F-35, the most expensive weapons program in United States history.

None of those programs would go away. But inside the Pentagon, even some senior officers are saying that the reductions, if done smartly, could easily exceed those mandated by sequestration, as the cuts are called, and leave room for the areas where the administration believes more money will be required. These include building drones, developing offensive and defensive cyberweapons and focusing on Special Operations forces...

But today, deficit hawks outnumber defense hawks on Capitol Hill, and the possibility of $100 billion or more in additional annual cuts does not seem outrageous — if only agreement were possible on which programs should shrink fastest.

Last week, a group of five former deputy defense secretaries — essentially the Pentagon’s chief operating officers — called for a “bottom up” review that reassesses the need for each major program and weapons system, saying this was an opportunity to accomplish cuts that have long been delayed, after a decade in which the American national security budget has nearly doubled.

In their more candid moments — almost always when speaking with a guarantee of anonymity — the Pentagon’s top civilian and military leaders acknowledge that the painful sequestration process may ultimately prove beneficial if it forces the Defense Department and Congress to reconsider the cost of cold-war-era systems that are still in inventory despite the many changes made to the military in the last 10 years.

Via The Dish (whence the embedded image).