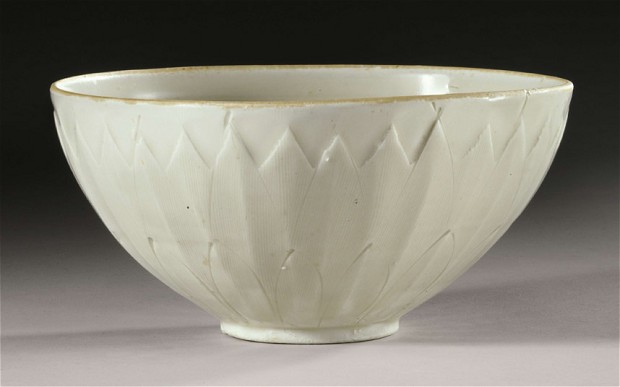 A simple white bowl bought at an American garage or "tag" sale for $3 has sold at a New York City auction for more than $2.22m after it was recognised as a rare Chinese relic.

The person who put the bowl up for auction bought it at a US "tag sale" or garage sale in 2007 and had it displayed in the living room for several years before becoming curious about its origins and having it examined.

Inspired by this story, I'm going to attend an estate auction this weekend.  Seriously.  Look at all this stuff.