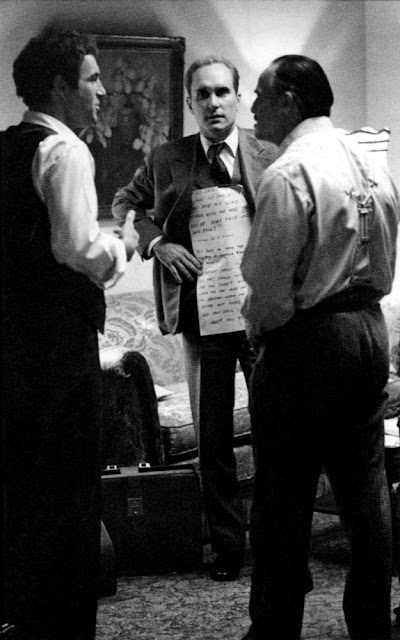 
Brando was notorius for never learning his lines for movies. Like in Superman, he read his lines off the babies diaper / costume because he refused to read the script before hand.

"During his long monologue over the body of his wife, for example, Brando's dramatic lifting of his eyes upward is not spontaneous dramatic acting but a search for his next cue."

Brando always claimed that he wanted to say scripted lines as if they were just occurring to him--eventually leading to him being fed lines over an earpiece in Don Juan DeMarco. At least that was his official reason. Maybe he just hated memorizing lines.

Somehow I always thought that professional actors had impressive memories that I would never be able to match.  Now I realize, I could have been an actor.  I coulda' been somebody...