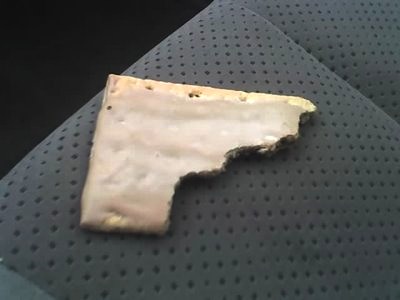 In case you missed it, here is the "Pop Tart gun" incident, as described by the Washington Post:


A 7-year-old Anne Arundel County boy was suspended for two days for chewing a breakfast pastry into the shape of a gun and saying, “Bang, bang”— an offense the school described as a threat to other students, according to his family. 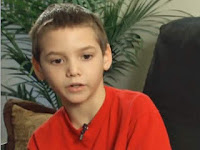 The pastry “gun” was a rectangular strawberry-filled bar, akin to a Pop-Tart, that the second-grader had tried to nibble into the shape of a mountain Friday morning, but then found it looked more like a gun, said his father, William “B.J.” Welch.

Welch said an assistant principal at Park Elementary School told him that his son pointed the pastry at a classmate — though the child maintains he pointed it at the ceiling...

Anne Arundel officials could not comment on the pastry incident because of confidentiality laws, schools spokesman Bob Mosier said. He did say, however, that a letter was sent home to families Friday and is posted on the school’s Web site.

In the letter, Myrna Phillips, assistant principal at the school, informed parents that a student “used food to make inappropriate gestures that disrupted the class” but said no “physical threats” were made and no one was harmed.

If children are troubled by the incident, Phillips wrote, parents should “help them share their feelings.” In addition, a counselor will be available to students, the letter said. “In general, please remind them of the importance of making good choices,” she wrote.

More at the link (Pop Tart photo via, child photo from ABC15.com).

I have expressed my own disdain for "zero tolerance" school policies on several occasions (here, here, here, or search the blog for "zero brains"), but an Illinois church (Grace-Gospel Fellowship church near Chicago) has taken it to the next level: 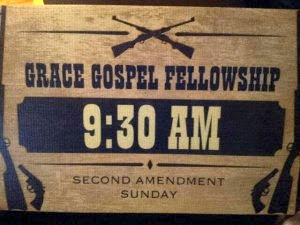 The story of the little boy suspended over his Pop Tart gun not only inspired legislation to stop such absurd school discipline, it inspired an Illinois church to celebrate “Second Amendment Sunday” with an “assault” Pop Tart gun-biting contest for Sunday school students...

Kirkwood told Doug Giles of Clash Daily that Christians must stop being apathetic and stand up and fight for our God-given rights...

“Each child who wanted to participate chewed a pop-tart into the shape of a gun and the top four would win prizes; in this case a toy gun,” Kirkwood told Giles. Clash Daily reported the following on the awesome prizes:


“Second runner up received a double barrel shot-gun that we nicknamed ‘The Biden,’ and when we presented it we made sure to say what ‘not’ to do with it in a real situation. The prize for runner up was a Navy Seal sniper rifle that we named ‘The Chris Kyle’ in honor of the American Sniper. We felt that it was appropriate,” added Kirkwood, “given the insulting way that this administration ignored the death of this American hero, yet had the crust to send a delegation to the memorial service for Hugo Chavez.”

What was the top award? Kirkwood smiled and noted, “You know, I stood in the toy aisle for a good half an hour to choose just the right one and it turned out to be the biggest Nerf gun that I could find, and the kicker – the box was marked ‘semi-auto’ and ‘high capacity,’ so we named that one ‘the Feinstein.’”

And this from Clash Daily:


What was the general response to this rather unique worship service? “Well one couple did walk out, though I was told it was for another engagement, but overall the response was tremendous and we plan on doing it every year … and next year the prizes will be even better.  Our Bible Boot Camp class (High School age) will be challenged to come up with a 5 minute speech on the right to bear arms and the winner will walk away with a Ruger 10/22,” said Kirkwood, “who knows, maybe by then we’ll have sponsors.” 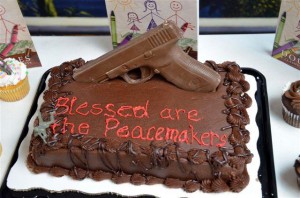 Last two photos via Clash Daily (where the comment thread is... interesting).