How the puffin holds all those little fish 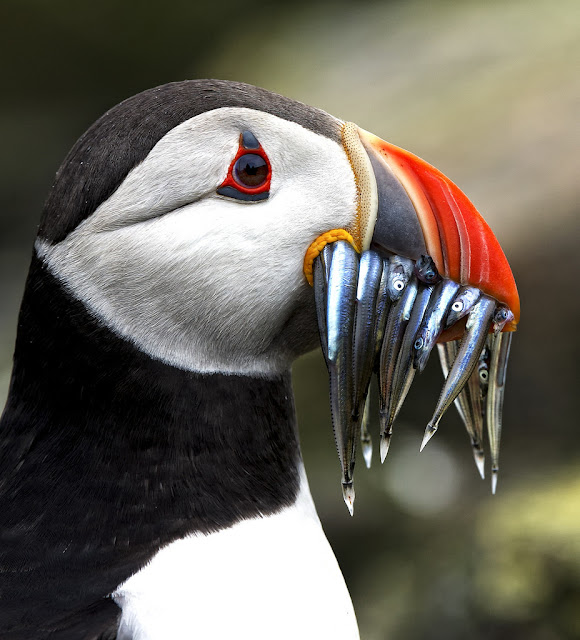 I've seen the photos and wondered about it, and so have you.  He must have amazing diving and fishing skills, but how does he grab and hold the eleventh sand eel* without letting go of the first ten? 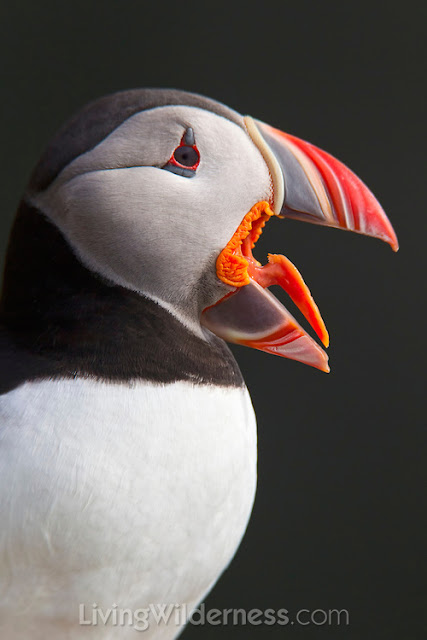 - and a note that "An Atlantic puffin (Fratercula arctica) shows off its tongue, which is specially adapted to allow it to carry many fish in its bill at one time. Atlantic puffins typically carry about 10 fish in their bills at one time, using their tongues to hold their catch against spines on their palate."

Also of interest is that the male puffin sheds that colorful outer layer of its beak after the courting season is over: 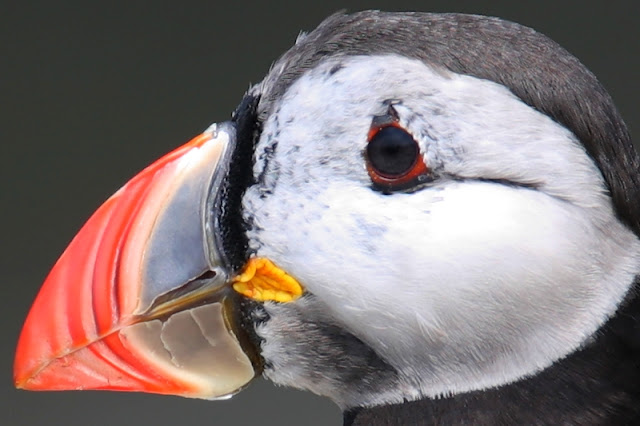 The sheath has separated from the bill. Light passing through the thin covering makes it look yellowish gray. The entire sheath has moved forward and downward, partly covering the nasal opening.

* a link for those who, like me, need to look up what a sand eel is.