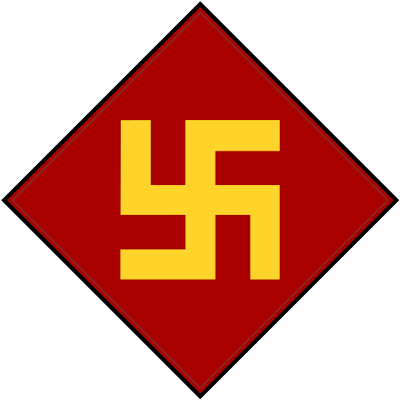 
The 45th Infantry Division of the U.S. Army was a major formation of the Oklahoma Army National Guard from 1920 to 1968. Headquartered mostly in Oklahoma City, the guardsmen fought in both World War II and the Korean War. They trace their lineage from frontier militias that operated in the Southwestern United States throughout the late 1800s... 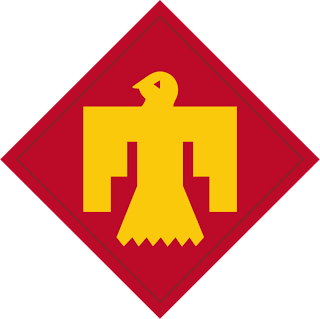 The division's original shoulder sleeve insignia, approved in August 1924, featured a swastika, a common Native American symbol, as a tribute to the Southwestern United States region which had a large population of Native Americans. However, with the rise of the Nazi Party in Germany, with its infamous swastika symbol, the 45th Division stopped using the insignia. Following a long process of submissions for new designs, a new shoulder sleeve insignia, designed by a Carnegie, Oklahoma native named Woody Big Bow, featuring the Thunderbird, another Native American symbol, was approved in 1939.

After my post last month "All swastikas as not created equal," a family member notified me about this historic usage and about an extensive Wikipedia page entitled "Western use of the swastika in the early 20th century."