Newest addition to our family - updated 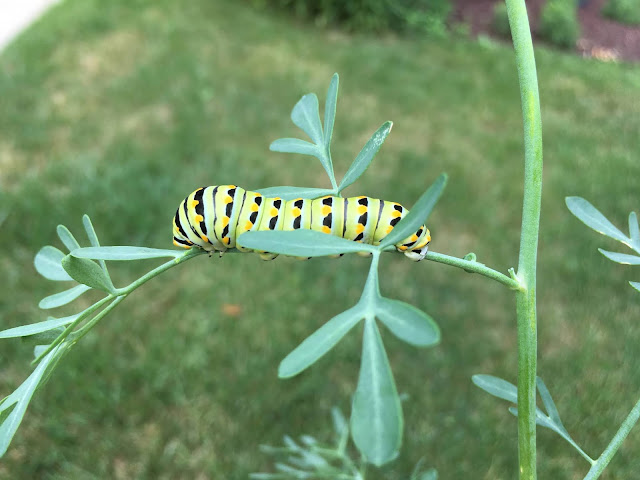 Found this big fellow crawling on the rue by our mailbox.  Brought him in to a terrarium on the screen porch for protection against wasps.  Within a few days it had transformed into a chrysalis: 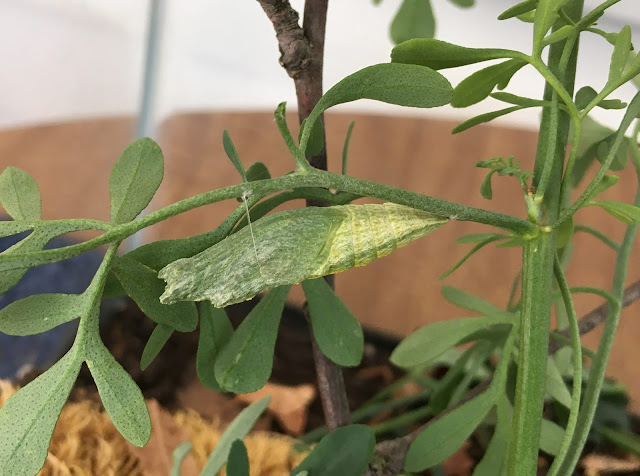 Now we wait, and after a while we should have a Black Swallowtail butterfly.
Reposted from July 6 to show the adult (click pic to make it bigger than your monitor): 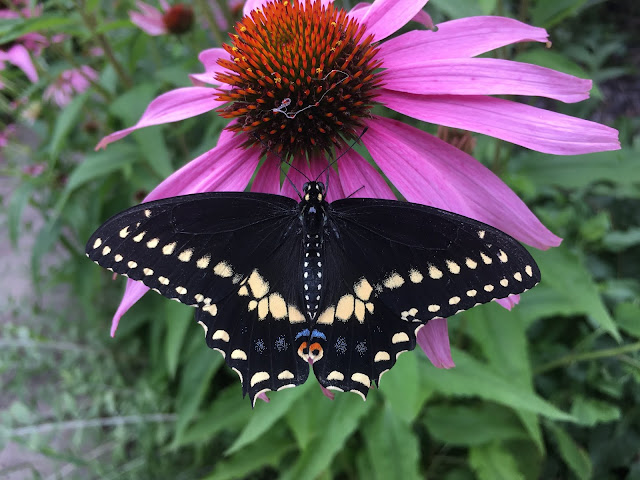 He eclosed yesterday just as a line of severe thunderstorms was rolling into town, so I kept him on our screen porch overnight, so this morning he was eager to start searching for females.
Fortunately when I took him out and placed him on a coneflower to see if he wanted some nectar, he laid those wings down absolutely flat and held them like that for several minutes, soaking in some solar power.  So I had time to get my phone out and got the best pic I've ever had of the dorsum of BST wings (the overcast cloudy conditions also muted the brightness range and took away shadows and glares).
For those interested, this link from the University of Wisconsin Ag School is the best brief summary of information on Black Swallowtails I know of.