Starting a new phase of life 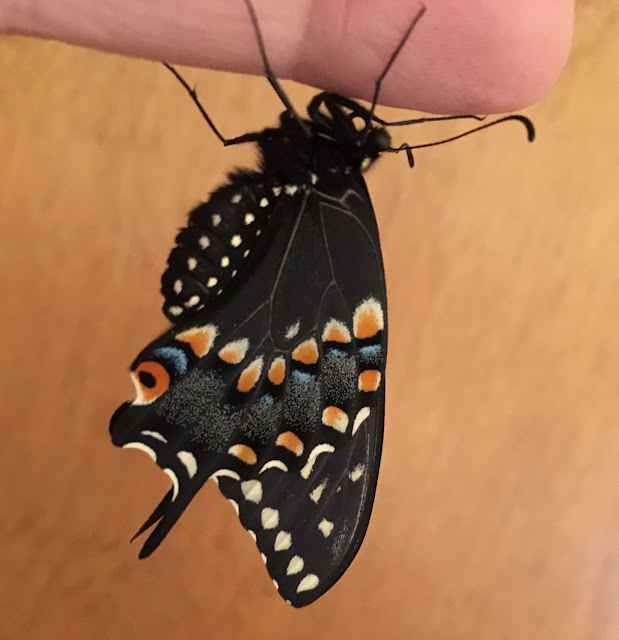 I photographed her shortly after she eclosed from her chrysalis a couple days ago.   She began her life in an egg laid on a rue plant out by our mailbox last summer.  As a caterpillar she stayed hidden in that foliage, undergoing several molts until early autumn, when she emerged on the top of the plants, looking for a stick to pupate on. 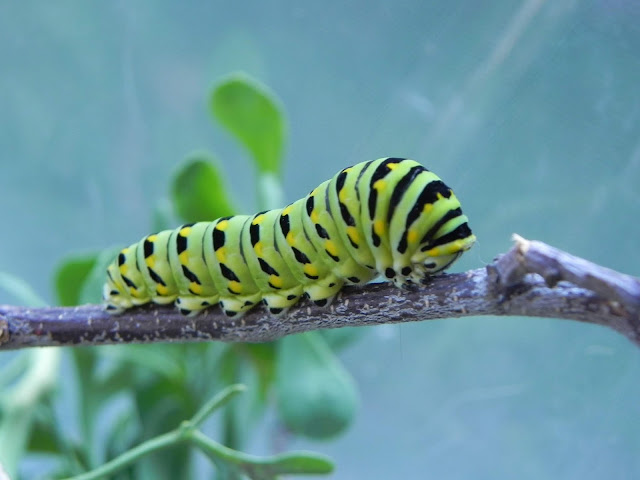 Because there were no vertical sticks in that flowerbed, and because she was at risk of predation from local wasps, I elected to bring her (and a few of her siblings) in to our screen porch for the winter. 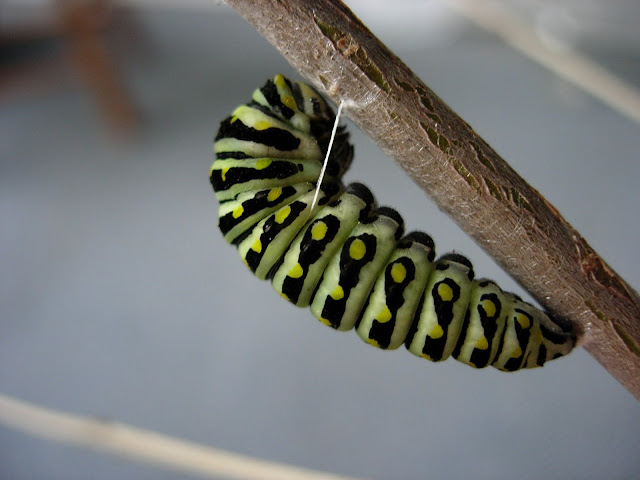 As demonstrated in the photo above, she wasted no time once offered a stick, spinning a silken "sling" to suspend herself for the metamorphosis.   The photo below shows another black swallowtail caterpillar whose chrysalis is fully mature (and remarkably stick-like in appearance).  That is how she stayed from late autumn until this spring, outwardly static but changing inside. 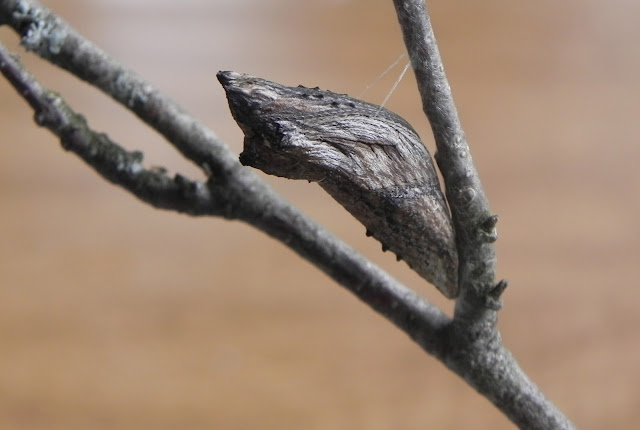 Remember the weather this past winter?  Here is south-central Wisconsin the temperature fell below freezing on January 18, and stayed below freezing for two weeks until February 2, bottoming out at 26 below zero Fahrenheit on January 30 and 31.  During that time this lady spent her days and nights outdoors on an unheated screen porch.

Butterfly chrysalises are at risk for dehydration over the winter if they are located away from any precipitation, so I placed the terrarium in a corner where it would get snowed on. 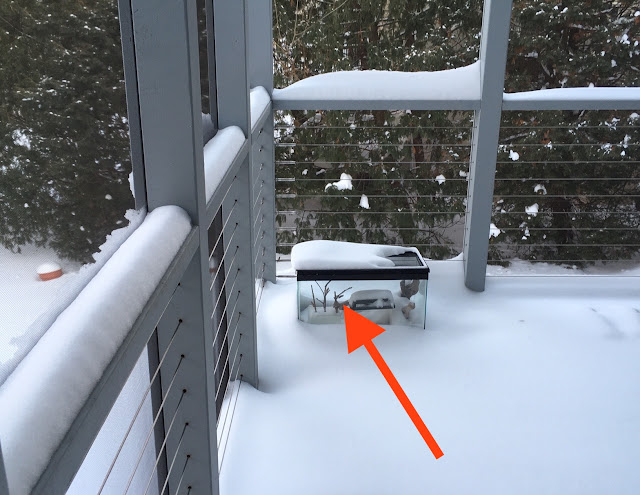 I saw her hanging from the chrysalis last week.  She had emerged on a cloudy, cool (50s) day and she was clearly too weak to fly.   Her wings were perfectly formed, but too floppy to function aerodynamically, so I brought her inside to 70-degree temps and offered her some sugar-water (which she mostly ignored).  I returned her to the screen porch when temps warmed up, but it took one more day before her wings fully hardened and she flew away.  The photos below show the subtle sexual dimorphism of the species.  The top photo is a male who eclosed the following day, with prominent yellow spots in two rows, just a hint of blue, and then the pair of false eyespots near the tail.  Below that is the photo of this lady just before she flew off: yellow spots in the same pattern, but smaller, and the blue markedly enhanced in a pair of arcs that are sometimes hard to see because the forewings often cover part of the hindwing (she held them out for this portrait).  She also has the eyespots to lure predatory birds to her disposable rear wingtips. 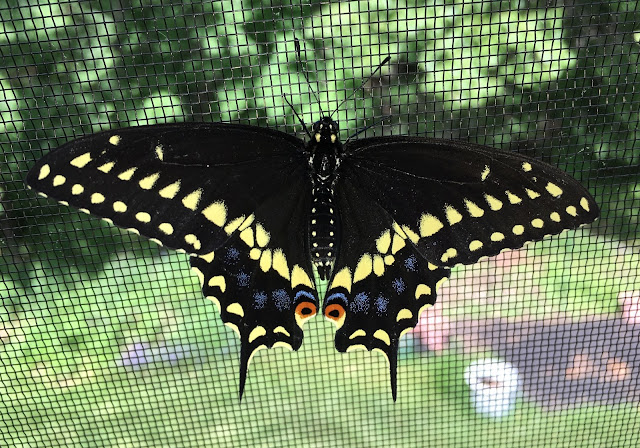 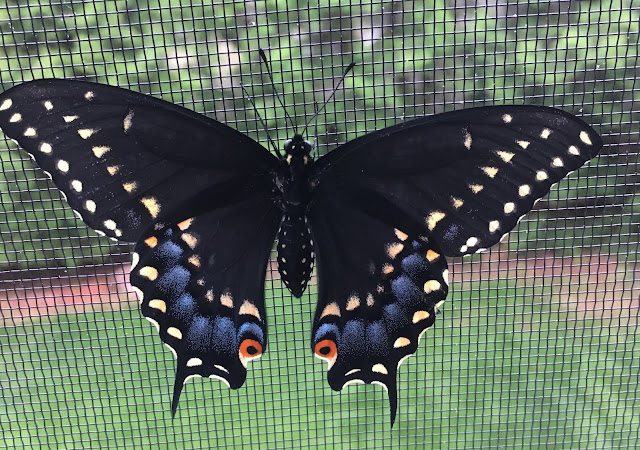 Everything about this process fascinates me - the metamorphosis of course, but even moreso the remarkable resilience of a creature often portrayed as fragile and ephemeral.  The ability to fly upwind when you have the weight and shape of a Kleenex.  The adaptability to spend months as a crawling caterpillar, and then after dissolving and reshaping oneself to be able to fly away over a rooftop.  This is what fifty million years of evolution can produce.  Awesome.