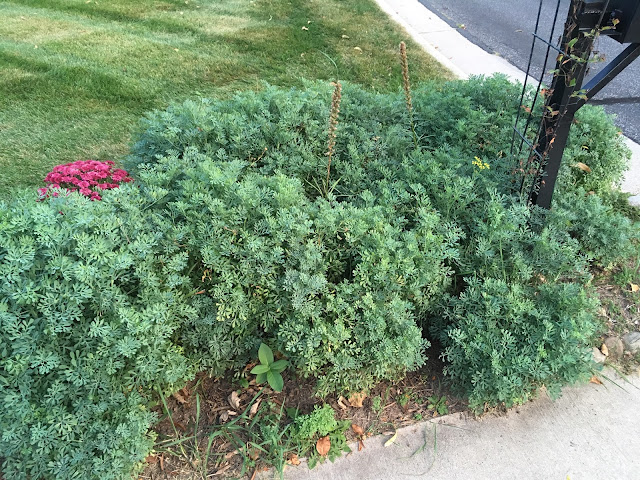 The rather unimpressive greenery around our mailbox is a confluent group of rue (Ruta graveolens).  Most homeowners opt for mailbox plantings that are a bit more colorful and showy.  We like the rue because this shrubby perennial tolerates poor soil in hot dry conditions (next to an asphalt road and concrete driveway) and because it is a primary food plant for the caterpillars of the Black Swallowtail (Papilio polyxenes).

Earlier in the season the plants are covered with tiny yellow blossoms... 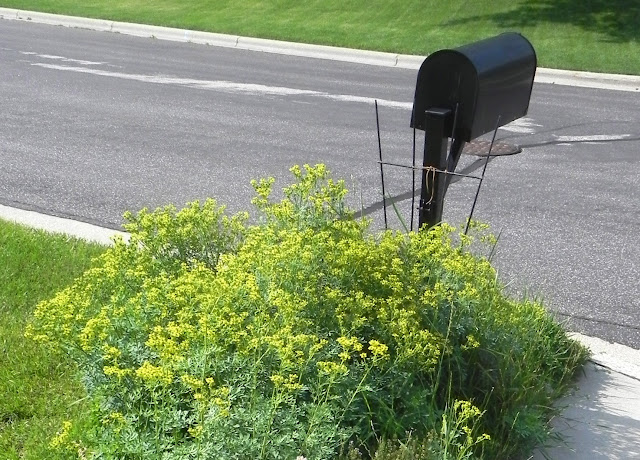 ... which, while unspectacular to the human eye, are complex clusters of five-petaled flowers that are very attractive to bees.  We seldom see Black Swallowtail butterflies on the rue (they tend to nectar on larger flowers elsewhere in the garden), but we know females have visited the rue and oviposited there because in September the caterpillars start appearing on the upper outer branches.

What we see are the late-stage instars, mature caterpillars that are starting to look for a place to form a chrysalis.  They seem to know that the greenery of the rue will die back in the winter, leaving only the woody central stems, and they need a secure place for the chrysalis if they are to live through a Wisconsin winter. 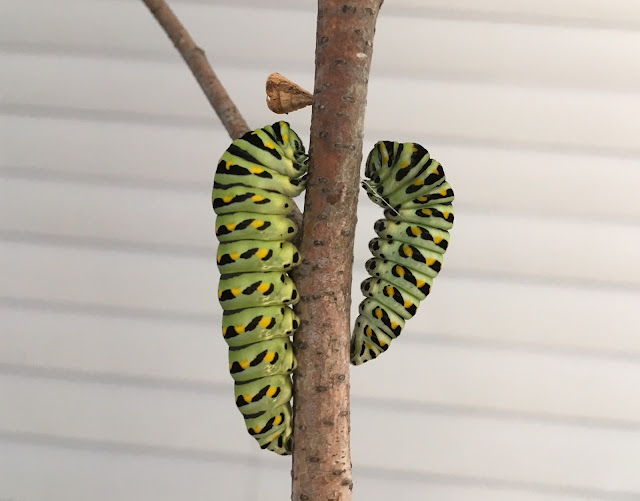 When we find the caterpillars, we bring them to our screen porch, which offers them protection from predatory wasps, ants, spiders, etc., and we give them some clippings of the rue for a final snack, and more importantly a variety of sticks they can use for pupation.  In the above photo the two caterpillars have chosen a stick from a birch tree, and the one on the right has already formed its "J", with a silk harness going from the stick around behind its "shoulders." 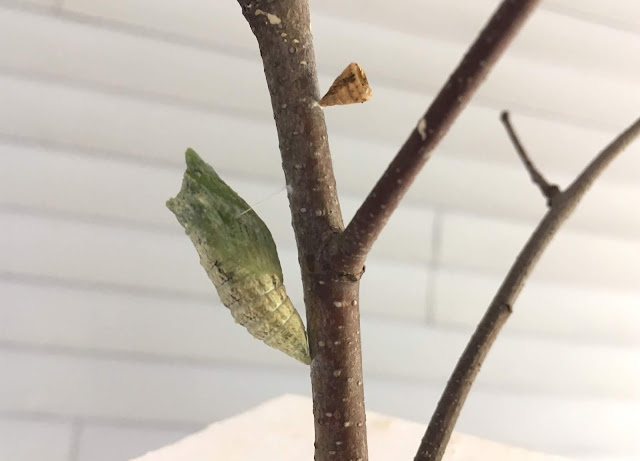 Several days later (the larger cat having moved on), the caterpillar is now fully pupated, attached at the bottom with some glued adhesive [higher on the stick is a remnant from a prior year's successful sequence], and supported by that amazing little silk sling.

We have eight of these now on the screen porch.  The terrarium will be placed where the chrysalises can be snowed on (I think they might need some moisture in the winter to avoid desiccation), and they will live through sub-zero temperatures, will freeze and thaw (perhaps several times), and in the spring... 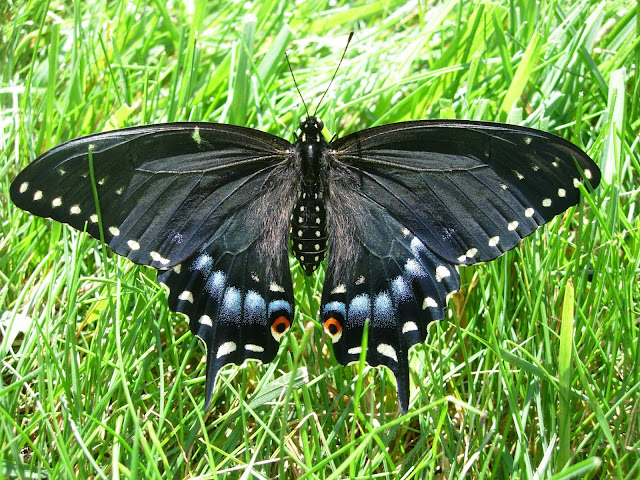 I've seen metamorphosis countless times, and it never fails to fascinate me.  And the beauty of these creatures up close in just incredible.  Here's a view of the underside of the wings - 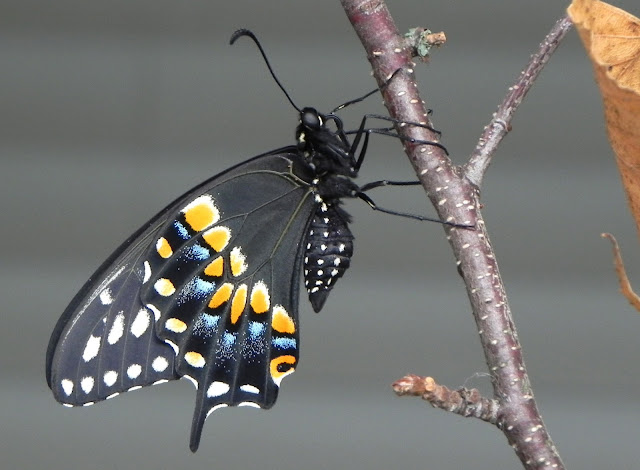 And then follows the to-me-incredible event when a creature that in its entire previous life crawled around in a small plant, now lets go of a stick and "knows" how to fly.  And eyes that have never before focused more than millimeters away can now locate food and mates at dozens of meters.

You don't have to be a child to retain a sense of wonder with regard to the natural world.