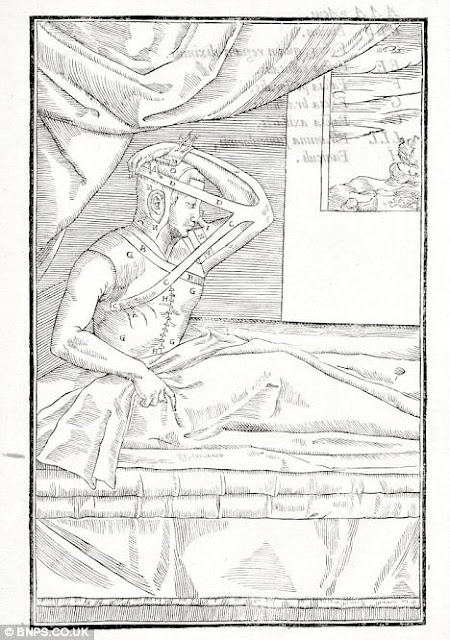 I am recurrently startled by flashes of medical brilliance in ancient times. That was the case this week when I read about De Curtorum Chirurgia Per Insitionem  (The Surgery of Defects by Implantations), written in 1597 by Gaspare Tagliacozzi, professor of surgery and anatomy at the University of Bologna.

The book tells how he stayed like that for about three weeks until the skin from his arm had attached itself properly. After a further two weeks the flap of skin was shaped so it resembled a nose and the process was complete.

The technique used then is not widely dissimiliar from how some reconstructions are facilitated today.  Facsimiles of the book can be purchased at Amazon ($250), or browsed at Google libri.