A traditional Fourth of July 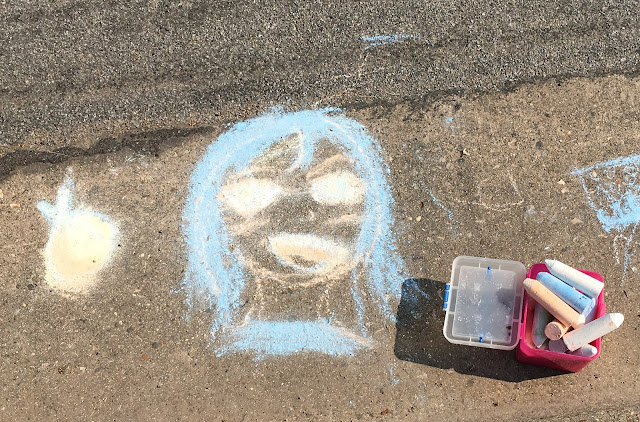 Our neighborhood celebrates the Fourth of July in traditional fashion.  First, you commission a local artist to decorate the street with fireworks and a starting line...

... for a parade, which will be led by the town's fire truck. 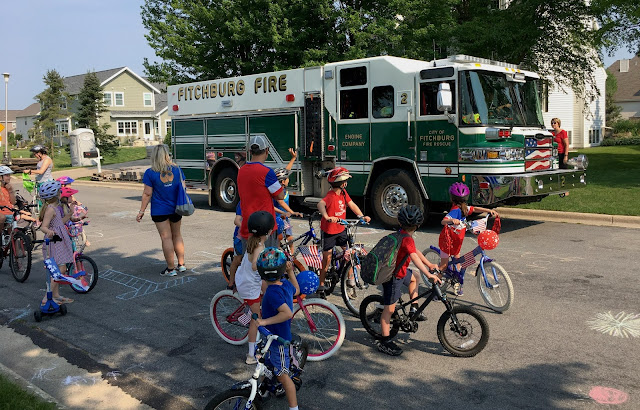 The neighborhood children follow in a parade of decorated bicycles - 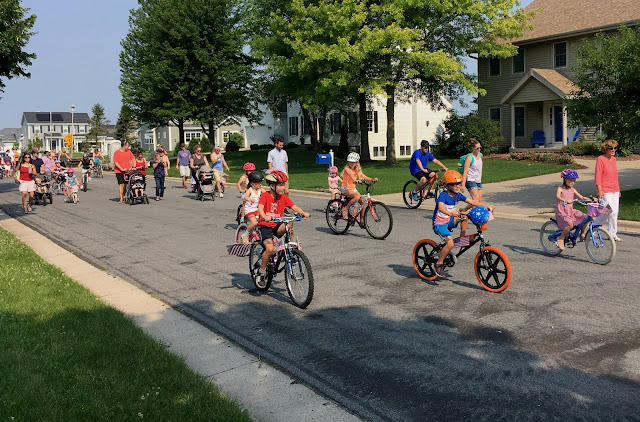 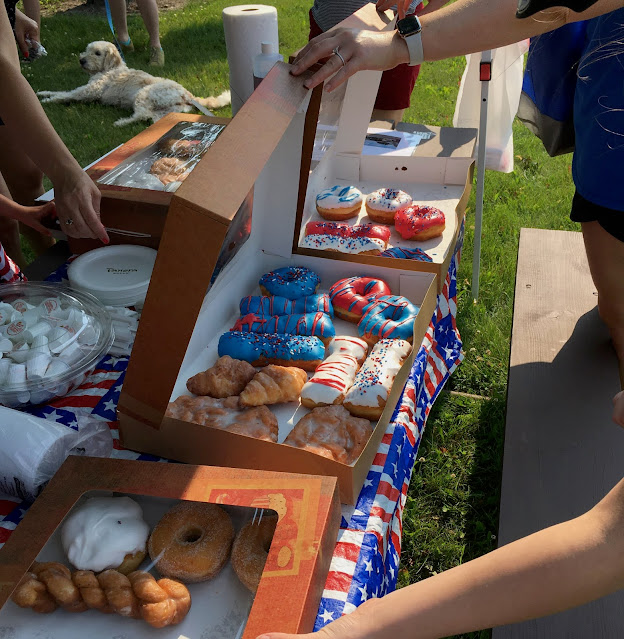 - decorated in colors of which the Founding Fathers would have approved.  The parade ends about a half-mile later at the local school, where the various sports and competitions are better suited to tweens than to an elderly photographer.