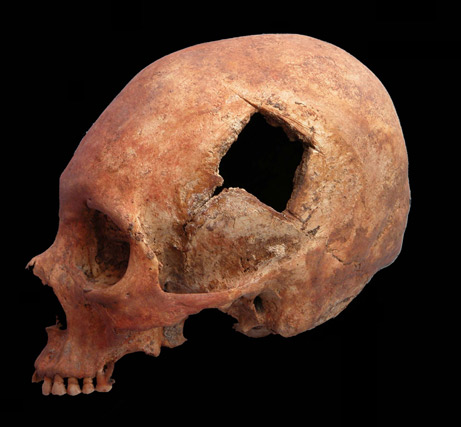 The publicity this summer will be about crystal skulls, but this week there's an interesting article from National Geographic:

"Many of the oldest skulls showed no evidence of bone healing following the operation, suggesting that the procedure was probably fatal.

But by the 1400s, survival rates approached 90 percent, and infection levels were very low…

Their survey found that trepanation was a remarkably common practice in the Inca capital. Of 411 skulls that were sufficiently well preserved to study, 66 had holes cut through the bone. In one location, 21 of 59 skulls—over a third—had received trepanation.

While methods of trepanation varied over time, Inca surgeons eventually settled on a scraping technique to penetrate the skull without causing wider injury…

Some of the skulls had been perforated more than once, including one individual who had undergone the operation seven times…

The fact that 19 of the surgical patients were women, however, suggests that the operation may have sometimes been performed for other reasons—possibly as an attempted cure for epilepsy or chronic bone infection..."

Reposted from 2008 to add this photo of a successful ancient cranioplasty (in Peru, circa 400 C.E.): 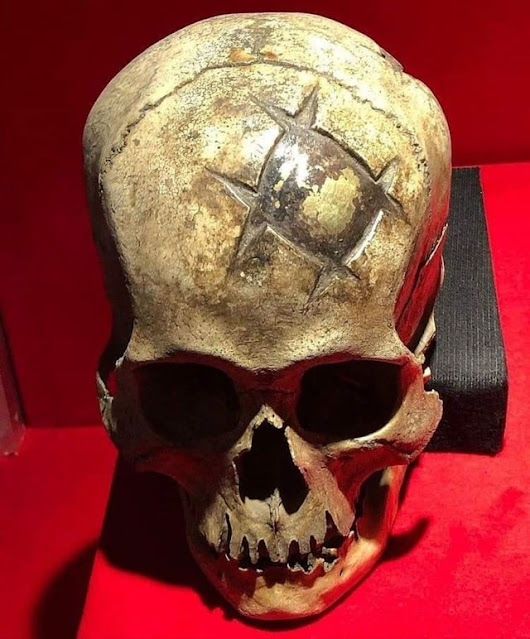 The headline at the via states that there is a gold inlay repairing the surgical defect.