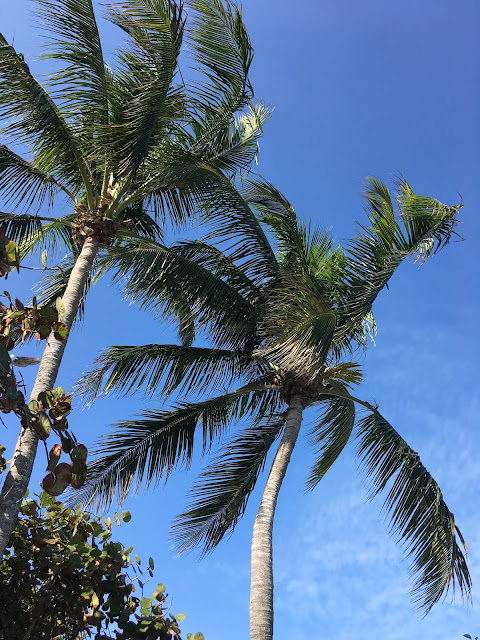 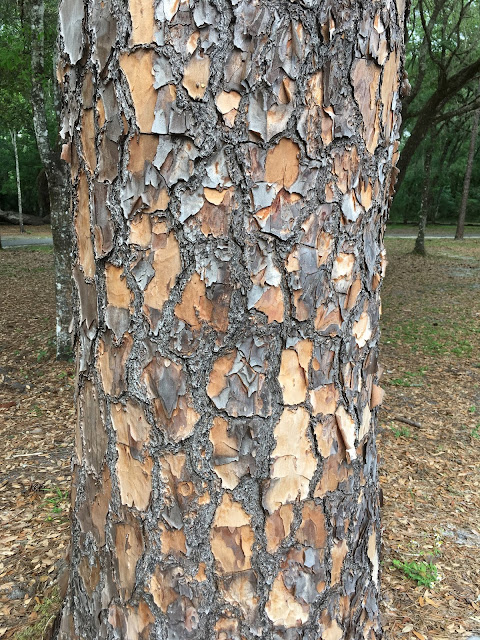 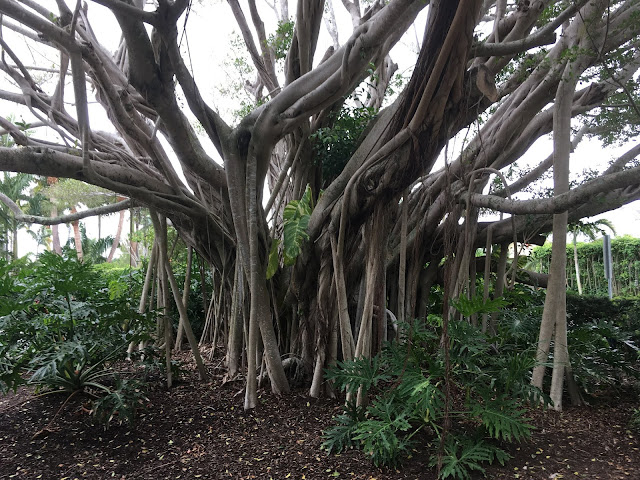 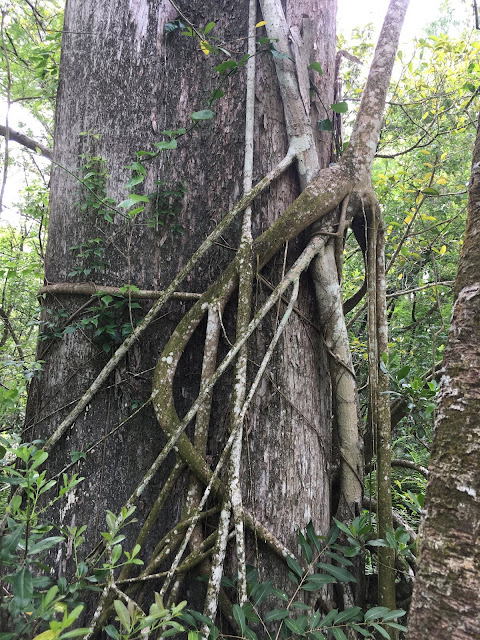 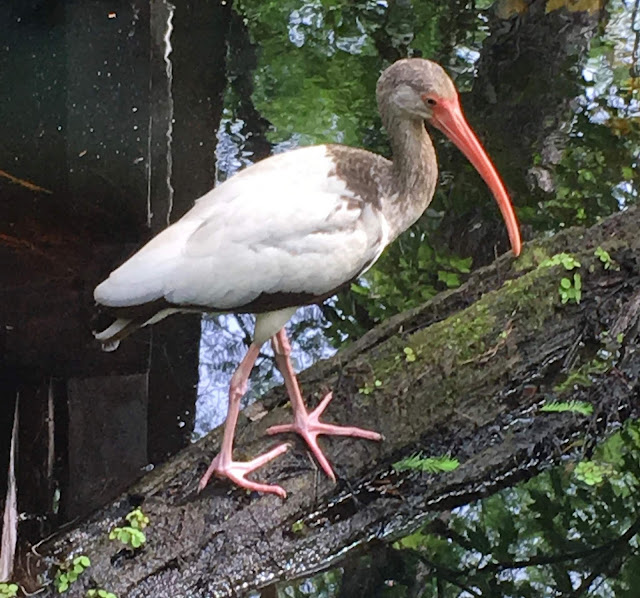 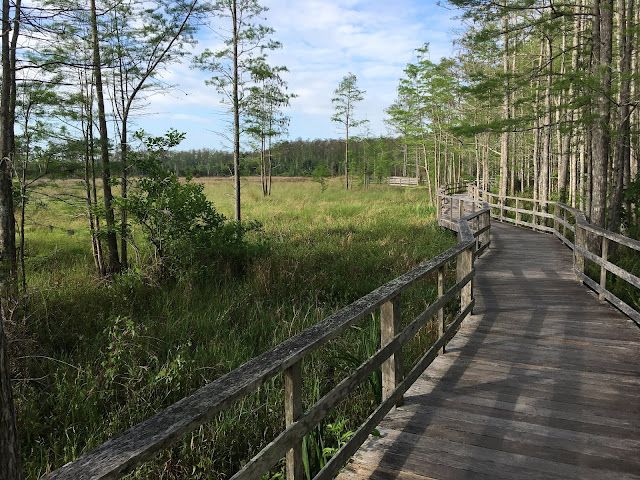 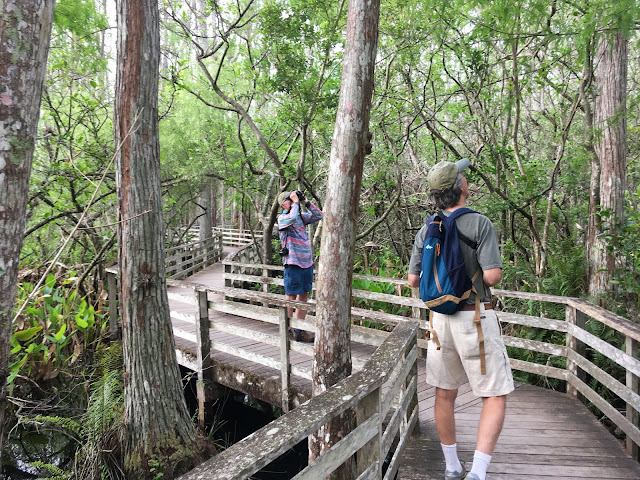 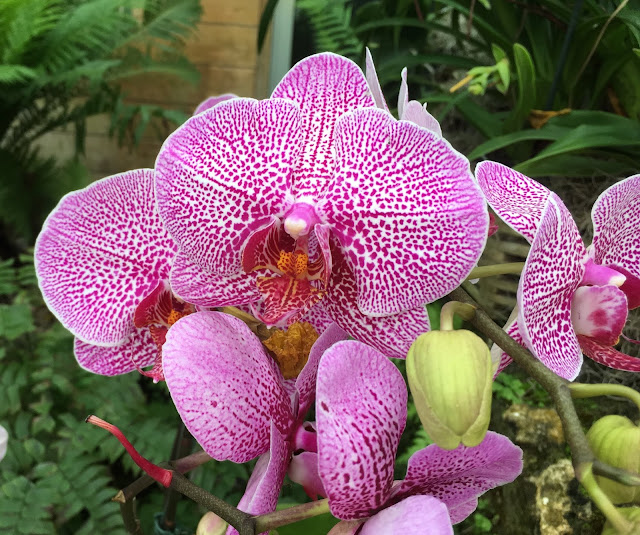 The tree photos include a pair of Royal Palms, the mottled trunk of a slash pine, a banyan in an urban garden, and a strangler fig.  The bird is an immature white ibis.  The boardwalk is at the Audubon Corkscrew Swamp Sanctuary (the birders are my native Neapolitan cousins), and the orchid was at the Naples Botanical Garden.

Even with the vocabulary of an English major, it's hard for me to describe the satisfaction and sense of well-being that comes from escaping the polar vortex region for an extended visit to a subtropical climate.  I am in awe of my uncle who had the foresight to move from Grafton, North Dakota to Florida in the 1950s to raise his family; he chose to settle in a town called Naples that was so small that the family had to drive the Tamiami Trail to Miami to find a shoe store.

The beach was awesome:

"Unfavorable" weather (temps in 60s with occasional rain) kept the snowbirds and even the locals away, so I had a mile or so of beach to myself.  The wind and the repetitive lapping of the shore by the waves created an ASMR-like sensation.

I've returned to Wisconsin refreshed and reinvigorated.  After a day or two of chores, I'll get the blog fired up again.