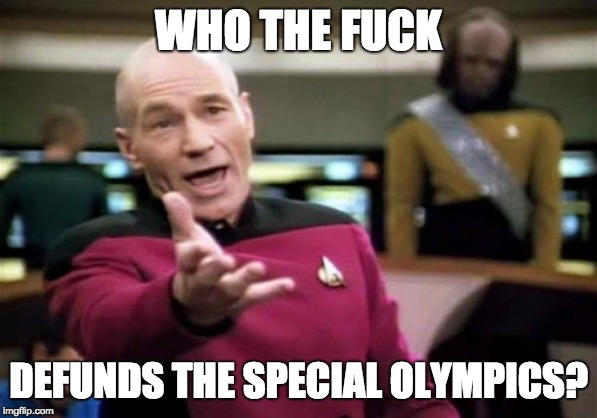 ... this was an opportunity for DeVos to demonstrate that she and her Department of Education would like to cut $7 billion—that is, roughly 10 percent of the department’s total budget—in spending on education. DeVos also proposed spending an additional $60 million on charter schools, but mostly this was about identifying which areas DeVos and the Trump administration thought were receiving too much money—programs designed to improve conditions at deteriorating or dangerous public schools, for instance, or grants that aimed to shrink class sizes and fund professional development for teachers. The proposal also involved eliminating the entire $17.6 million that the federal government contributes to the Special Olympics.

“Even with Republicans in the majority in the U.S. House the last two years, most of DeVos’s strongest proposals for cuts or spending were turned back.” With a Democratic House, they stand no chance. Again: majestic dance of failure; ritual and performance; outcomes that satisfy no one, forever and ever... the administration’s budget proposal was, while an obscenity on its merits, also perhaps best understood as a gesture, or as a rare example of the extravagantly cursed internet phrase “virtue signaling” in action. Betsy DeVos and the other ghouls in Trump’s Carnival Of Souls will not succeed in eliminating federal funding for the Special Olympics. It’s just important for them to get on the record about wanting to do it.

It's worth clarifying that federal funding represents a small percentage of the Special Olympics budget:

And of course the proposal was withdrawn.