Cool graphic of Lake Baikal and the Great Lakes 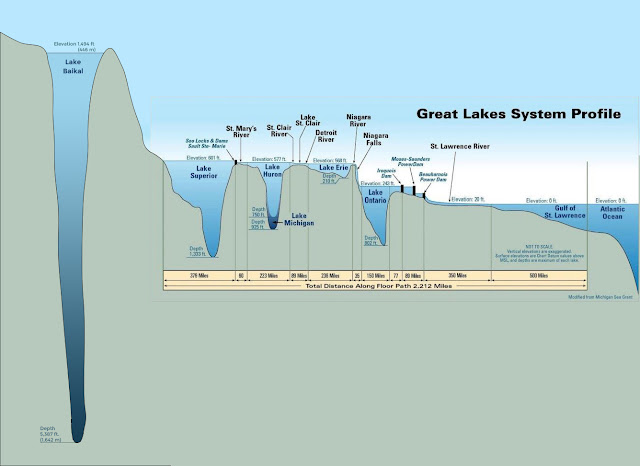 I don't remember if I've ever featured the Great Lakes profile (right portion of the graphic) in TYWKIWDBI before.  Redditor u/buak added in Lake Baikal for comparison.  There are various inaccurate aspects, but the overall depiction of relative depth and elevation are interesting.

From the discussion thread at the MapPorn subreddit, I learned that Baikal is home to some of the world's only freshwater seals:


The Saimaa ringed seal (Pusa hispida saimensis) is a subspecies of ringed seal (Pusa hispida). They are among the most endangered seals in the world, having a total population of only about 390 individuals. The only existing population of these seals is found in Lake Saimaa, Finland (hence the name). They have lived in complete isolation from other ringed seal species for around 9,500 years and have diverged into a morphologically and ecologically different subspecies of ringed seal.