"Quaker guns" in the American Revolution and the Civil War 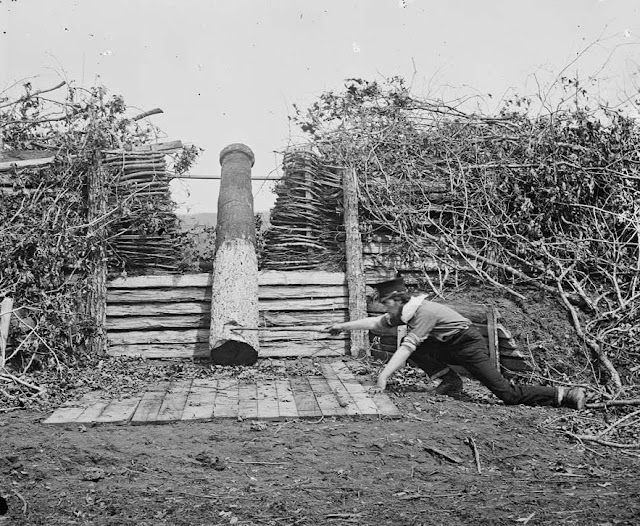 Explained and illustrated at Amusing Planet:


Deception turned out to be very fruitful during the American Revolution in 1780. When the continental forces under the command of Colonel William Washington attacked a fortified barn near Camden, South Carolina, where the Loyalists under Colonel Henry Rugeley had barricaded themselves, the Colonel asked his men to surround the barn and prepare a pine log that resembled a cannon. He pointed the “cannon” towards the building and threatened to blow it away if the Loyalists didn’t surrender. Rugeley’s men meekly surrendered without a single shot having been fired.

This was the first recorded incident of a “Quaker gun”—the name is a reference to the religious community of Quakers who believed in pacifism and non-violence.

Quaker guns played a small but significant role during the American Civil War...

Details at the link, with additional photos.