Another source for Shakespeare's writing 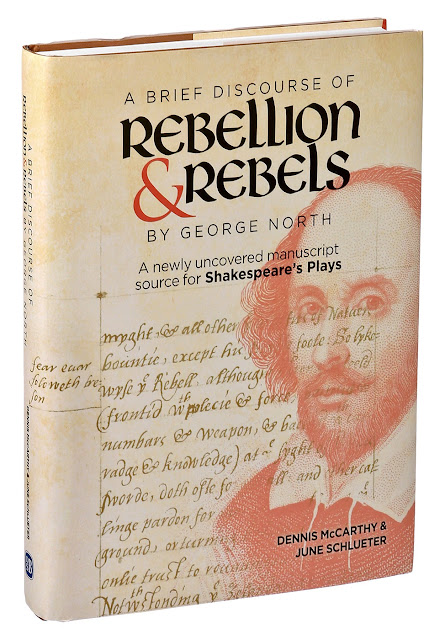 As reported by the New York Times:

For years scholars have debated what inspired William Shakespeare’s writings. Now, with the help of software typically used by professors to nab cheating students, two writers have discovered an unpublished manuscript they believe the Bard of Avon consulted to write “King Lear,” “Macbeth,” “Richard III,” “Henry V” and seven other plays.

The news has caused Shakespeareans to sit up and take notice. “If it proves to be what they say it is, it is a once-in-a-generation — or several generations — find,” said Michael Witmore, director of the Folger Shakespeare Library in Washington.

The findings were made by Dennis McCarthy and June Schlueter, who describe them in a book to be published next week by the academic press D. S. Brewer and the British Library. The authors are not suggesting that Shakespeare plagiarized but rather that he read and was inspired by a manuscript titled “A Brief Discourse of Rebellion and Rebels,” written in the late 1500s by George North, a minor figure in the court of Queen Elizabeth, who served as an ambassador to Sweden...

The book contends that Shakespeare not only uses the same words as North, but often uses them in scenes about similar themes, and even the same historical characters. In another passage, North uses six terms for dogs, from the noble mastiff to the lowly cur and “trundle-tail,” to argue that just as dogs exist in a natural hierarchy, so do humans. Shakespeare uses essentially the same list of dogs to make similar points in “King Lear” and “Macbeth.”..

In 1576, North was living at Kirtling Hall near Cambridge, England, the estate of Baron Roger North. It was here, Mr. McCarthy says, that he wrote his manuscript, at the same time Thomas North was there possibly working on his translation of Plutarch.

The manuscript is a diatribe against rebels, arguing that all rebellions against a monarch are unjust and doomed to fail. While Shakespeare had a more ambiguous position on rebellion, Mr. McCarthy said he clearly mined North’s treatise for themes and characters.

I think it's essential to note that George North's writings were not published and thus would not have been available to Shakespeare from a public library.  This was a handwritten manuscript 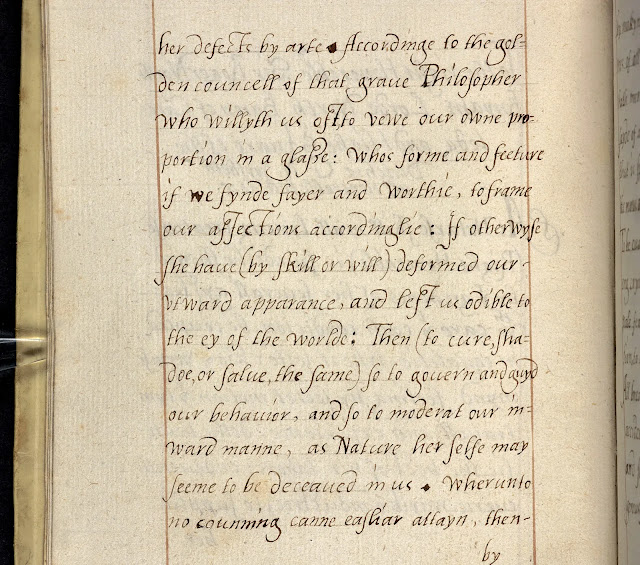 kept in an aristocratic household of someone in Queen Elizabeth's court.  It's hard to imagine the manuscript getting into the hands of a Stratfordian son of a glovemaker and farmer's daughter.  It would not, however, have been inaccessible to Edward de Vere, the 17th Earl of Oxford.