The conspiracy to assassinate George Washington 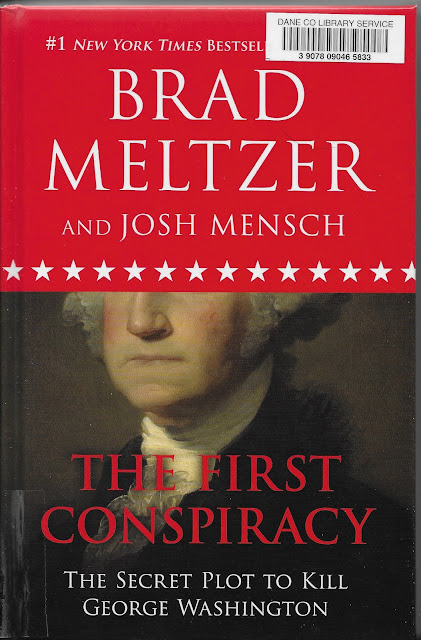 Last night I finished reading this rather interesting book, which I learned about from an article in Smithsonian:

Mere days before the Declaration of Independence was signed in July 1776, 20,000 spectators gathered in a field where Manhattan’s modern-day Chinatown lies. All together, soldiers and citizens alike, they amassed the largest crowd to watch a public execution in the colonies at the time. Two days earlier Thomas Hickey, a member of the elite guard responsible for protecting George Washington, was convicted of mutiny and sedition, and on the morning of June 28, 1776, was hanged for his crimes.

Although he was the only one executed, Hickey, it turns out, was part of a much larger scheme, one concocted by British loyalists to assassinate Washington, who at the time was commander-in-chief of the Continental Army.

This from a review at NPR:


The book is also extremely well-researched. Meltzer and Mensch cite an impressive number of primary sources, including letters from Washington and others, as well as a heroic number of history books. Nothing about the book is phoned in; the amount of research behind it is genuinely remarkable.

If there's one thing that doesn't quite succeed, it's Meltzer and Mensch's prose, which at times tends toward the breathless. Writing about Tryon, for example, the authors declare, "He has money. He knows the city as well as anyone. He has friends in high places ... and low places." And on the Declaration of Independence, they write, "In a few days, the Congress will vote whether to ratify this document — and potentially change the war ... and the world ... forever." These kind of sentences, which always come at the end of their chapters, sound like a narrator of a television series dramatically teasing the next segment of the show right before a commercial break.

But that's a minor complaint — it's easy to overlook the occasional histrionic writing when the story is so fascinating.

I totally agree with the observation about the overly dramatic prose style, but overall that didn't detract from the interesting story.  It's an easy read that can be completed in a couple evenings, and it's worth the time.