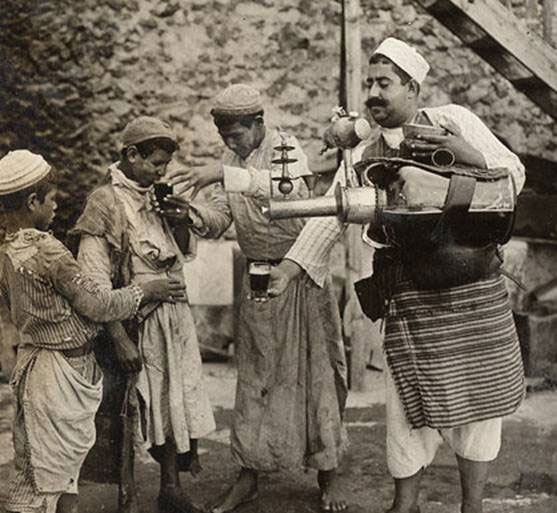 This photo of a late 19th-century licorice seller in Damascus is an eye-opener for people like me, who have only known licorice as a solid candy. 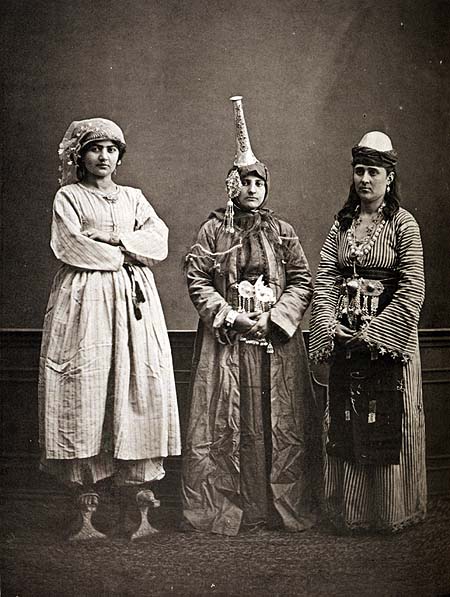 This photo (credit Sebah) shows a "city woman" (with remarkable "lift" footwear) on the left, a Druse woman in the center, and a peasant woman on the right, all from Damascus circa 1873.  At the link comments, I found this note about the Druse woman's hat: "The woman’s hat is called a tantour, and it is usually covered with a long veil falling on the shoulders of the woman. It is said to be the ancestor of the typical 15th-century French woman’s hat-with-veil."

Re the latter, I found this photo of a lady wearing a "hennin" - 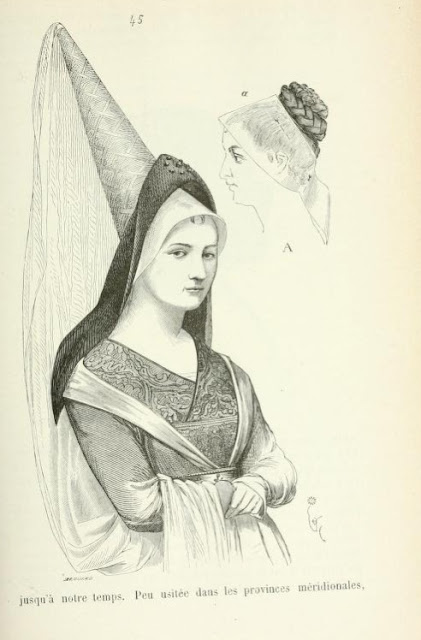 in a post I wrote earlier this year about ancient hairstyles; I'm not sure of the date of the style being depicted here (the source was in French).

The top two photos come from a remarkable collection of about 40 photos of old Damascus, assembled at Poemas del rio Wang.