A fever of rays 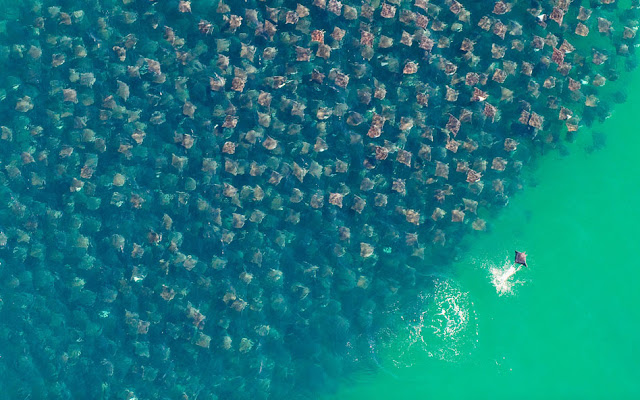 In May of 2008 I posted an impressive photo of cownose rays migrating.  Then, about a month later, an even more impressive photo, and a discussion of the biology of the rays.

Today's photo tops them all, and won the top prize in the CIWEM Environmental Photographer of the Year 2010 awards.


The group of Munkiana Devil Rays were spotted in Baja California Sur, Mexico, by German conservation photographer Florian Schulz. He described how he was able to capture his jaw-dropping image named Flight of the Rays: "During an aerial expedition I came across something I had never seen before. Not even my pilot, who has surveyed this area for 20 years, had seen anything like it. As we got closer we started to discover its nature: an unprecedented congregation of rays. The group was as thick as it was wide, all heading towards the same direction.