The photo above is cropped from one I featured yesterday in the post about old photographs from Damascus.  The year is 1873, the lady is a "city woman" from Damascus, and she is wearing on her feet some remarkable lifts.

After some Googling, I've discovered that those platform shoes are called "chopine," and were designed to keep a woman's shoes (and dress) above the dirt of the street (or water, in the case of Venice).


Chopines were popularly worn in Venice by both courtesans and patrician women from ca. 1400-1700. Besides their practical uses, the height of the chopine became a symbolic reference to the cultural and social standing of the wearer; the higher the chopine, the higher the status of the wearer.  High chopines allowed a woman to literally and figuratively tower over others. During the Renaissance, chopines became an article of women's fashion and were made increasingly taller; some extant examples are over 20 inches (50 cm) high.

Shakespeare joked about the extreme height of the chopines in style in his day by using the word altitude (Hamlet 2.2, the prince greets one of the visiting lady players by noting how much "nearer to heaven" she had grown since he last saw her — "by the altitude of a chopine.")

In the 15th century, chopines were also the style in Spain. Their popularity in Spain was so great that the larger part of the nation's cork supplies went towards production of the shoes.

More at the link, and here, and here. 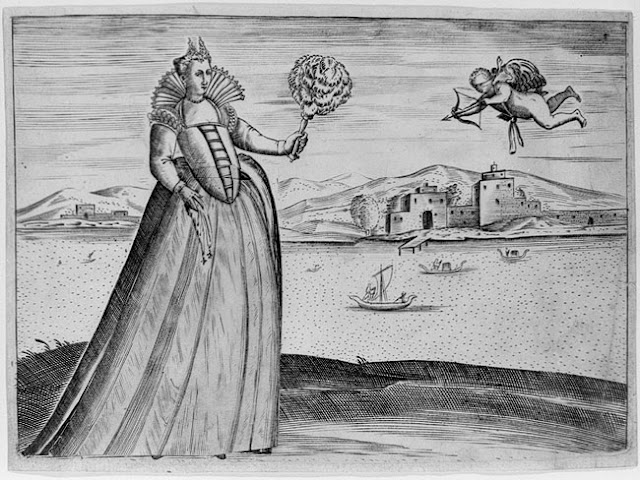 "Capitalizing on their titillating popularity, the enterprising Pietro Bertelli published a series of prints of courtesans, each with a flap that lifted to reveal, below a seemingly innocent exterior, a glimpse of the carnal pleasures for which Venice was famed by its admirers and reviled by its detractors. Here, the flap is the skirt, which can be raised to display the courtesan's undergarments and chopines..." 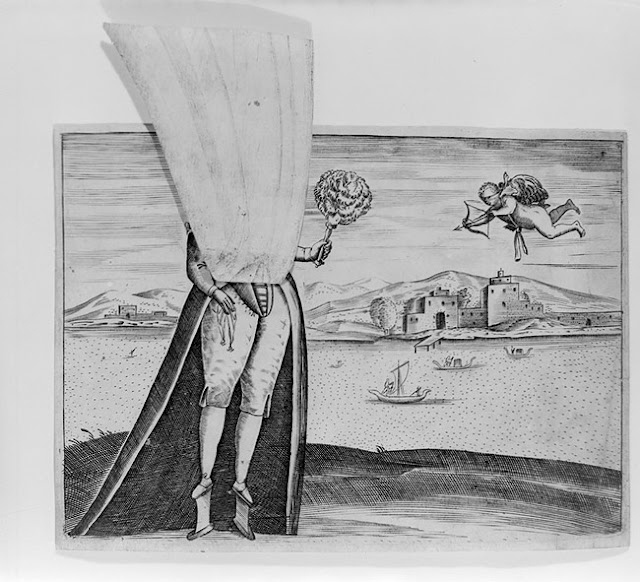