Wisconsin's Criminal of the Day 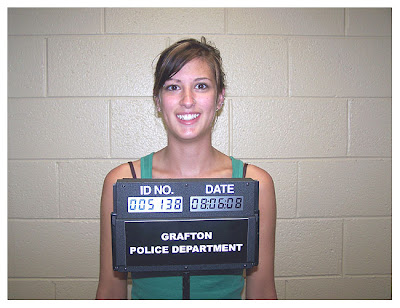 Arrested at her home, handcuffed, and booked for having two library books that were way overdue.

One ironic aspect of this incident is that her two overdue books were Dan Brown's Angels and Demons and Janet Fitch's White Oleander. The former is one of the books that people most want to get rid of, and both books are grossly overrepresented in library inventories and thus wind up on the used-books-for-a-dollar shelves. Our library here in Wisconsin has 67 copies of Angels and Demons (with 2 "hold" requests), and 59 copies of White Oleander (with one "hold" request).

I suspect the librarians in Grafton wanted to make a public example of this scofflaw, but in terms of expenditure of public funds and use of law enforcement time, it's a waste of taxpayer dollars. Better to have just cancelled her card and written off the books.