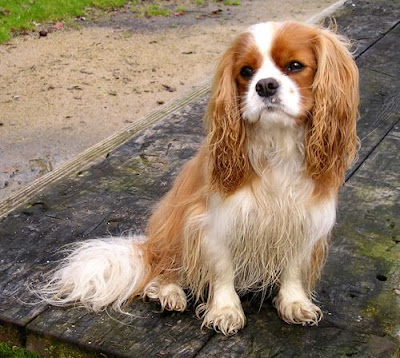 That's the subject of a somewhat troubling BBC documentary. Deliberate incestual matings of mothers to sons and brothers to sisters can create "desirable" physical features but lethal genetic illnesses in breeds such as the Cavalier King Charles Spaniel.

The programme, Pedigree Dogs Exposed, says dogs suffering from genetic illness are not prevented from competing in dog shows and have gone on to win "best in breed", despite their poor health.

It says physical traits required by the Kennel Club's breed standards, such as short faces, wrinkling, screw-tails and dwarfism, have inherent health problems.

Other problems occur because of exaggerations bred into dogs by breeders trying to win rosettes, it adds.

The programme shows a prize-winning cavalier King Charles spaniel suffering from syringomyelia, a condition which occurs when a dog's skull is too small for its brain...

Scientists at Imperial College, London, recently found that pugs in the UK are so inbred that although there are 10,000 of them, it is the equivalent of just 50 distinct individuals...

(more at the link, with two news videos)