This is a "bulbous bow" 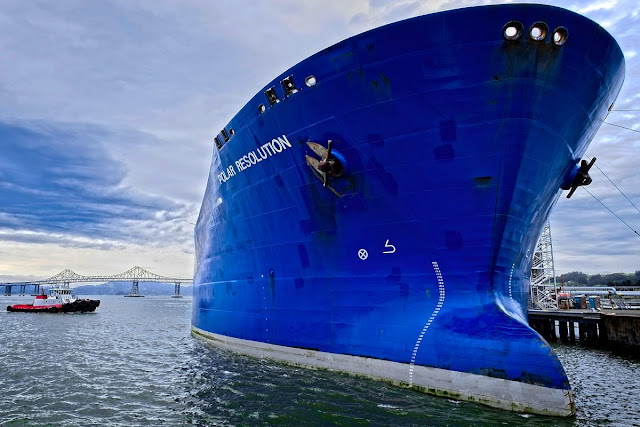 An interesting article at Hakai Magazine entitled "The Secret Language of Ships" explains and illustrates many of the interesting features of ships.  This bow shape is designed to reduce drag.  I found more information at Wikipedia:


A conventionally shaped bow causes a bow wave. A bulb alone forces the water to flow up and over it forming a trough. Thus, if a bulb is added to a conventional bow at the proper position, the bulb trough coincides with the crest of the bow wave, and the two cancel out, reducing the vessel's wake. While inducing another wave stream saps energy from the ship, canceling out the second wave stream at the bow changes the pressure distribution along the hull, thereby reducing wave resistance.