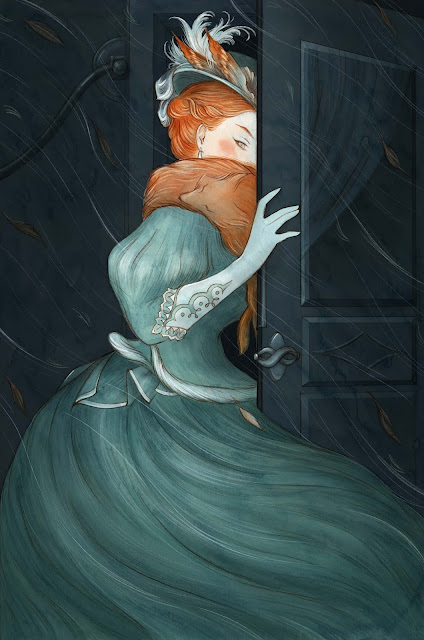 Steve is not a normal aurora. Auroras occur globally in an oval shape, last hours and appear primarily in greens, blues and reds. Citizen science reports showed Steve is purple with a green picket fence structure that waves. It is a line with a beginning and end. People have observed Steve for 20 minutes to 1 hour before it disappears.

Here is an excellent name for a dating site for senior citizens.

Some major changes in the rules of golf.  "...they include fresh directives for how to take a drop, and an alternate solution for dealing with a lost ball or a ball knocked out of bounds. Clearer and more concise, the new rules are also kinder and gentler, with penalties softened in the name of pace of play and common sense."

Jupiter's Great Red Spot "is dying — the latest data from the Juno spacecraft suggests it might actually be gone within our lifetimes..."

When Czechoslovakia split up in 1993, the Czech Republic and Slovakia divided the national anthem, each getting one verse to modify.

Video of an avalanche of snow slowly burying cars in the parking lot.

"To his surprise, the DNA revealed that humans and Neanderthals did interbreed in their time together in Europe. Possibly even more than once. Today, surprisingly, the people carrying the most Neanderthal DNA are not in Europe but in East Asia—likely due to the patterns of ancient human migration in Eurasia in the thousands of years after Neanderthals died out." 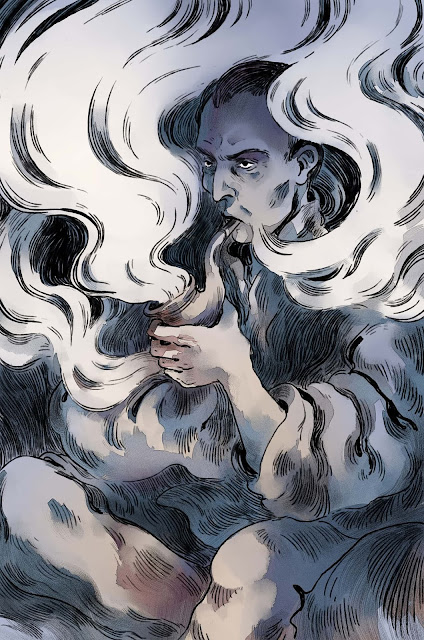 An update on major advances in solar energy in Australia.

"...disenfranchised grief—grief that goes unacknowledged by society—can have huge mental health ramifications. This is especially the case for individuals dealing with the suicide of a sibling because while there's adequate support for the parents, little is known about this specific group."

Mamrorated stink bugs are invading the Upper Midwest. “They are notorious hitchhikers. They can ride on just about any vehicle — cars, trucks, RVs, delivery vans. They get into places where you can’t see them,” Ambourn noted. “They can cause some real damage to fruits and crops. … Perhaps the most noticeable impact of brown marmorated stink bugs is their tendency to congregate in homes by the hundreds. When a few get in, they emit a pheromone that attracts even more, and they tend to congregate in giant clusters.

John Bolton - the new national security advisor, is "an uber-hawk, itching for war."

Placards at the student anti-gun March For Our Lives protests frequently made reference to Harry Potter themes, such as ‘When I said I wanted the real world to be more like Harry Potter, I just meant the magic stuff, not the entire plot of book five where the government refuses to do anything about a death threat so the teenagers have to rise up and fight back’.

Don't call vanilla "plain."  "The world of vanilla isn’t particularly complicated. And yet shelves stocked with vanilla extract, vanilla paste, vanilla beans, vanilla flavoring and imitation vanilla can make it seem so. There’s a role for each. It depends on what you’re seeking..." (details at the link)

How tourism has ruined tropical islands in the Indonesian archipelago (photoessay). 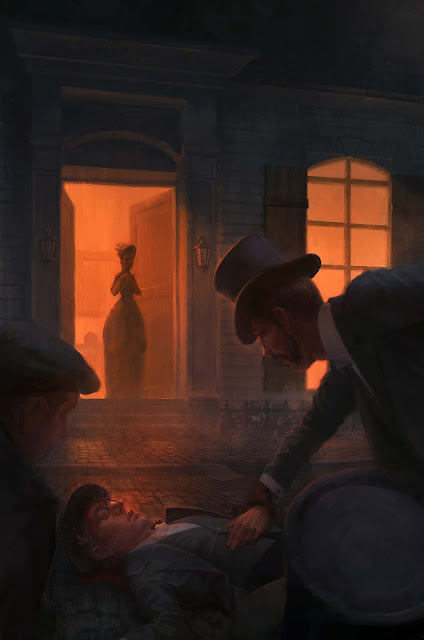 "Amid a wide gap between modest teacher salaries and Miami’s high housing prices, the county has a new plan: build apartments on school property and let faculty live there."

See if you can figure out why this Icelandic landform is called Elephant Rock (click pic to embiggen).

"A Texas mother who says she didn’t even know she was ineligible to vote has been sentenced to five years in prison for illegally voting in the 2016 presidential election."

Minnesota has more shoreline on its lakes, rivers, and streams than California and Florida and Hawaii combined (including ocean).

There is a reason there are so many Thai restaurants.  "Using a tactic now known as gastrodiplomacy or culinary diplomacy, the government of Thailand has intentionally bolstered the presence of Thai cuisine outside of Thailand to increase its export and tourism revenues, as well as its prominence on the cultural and diplomatic stages."

"The sudden appearance of a network of new rivers in Argentina’s central province of San Luis has puzzled scientists, worried environmentalists and disheartened farmers."

A giant tarantula can climb up your leg very quickly.

Climate change is wreaking havoc with septic tanks in Minnesota. "The cause is a dramatic long-term decline in insulating snow early in November and December. Combined with still-freezing conditions, that drives the frost line deep underground — well below septic pipes and drain fields." 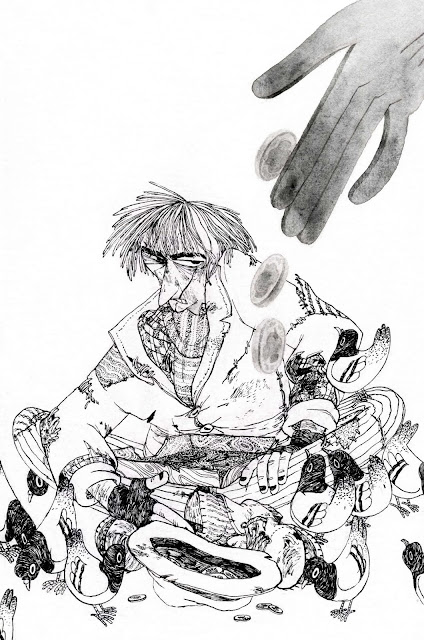 Why tornados can cause clouds to be green ("...in the late afternoon and evening when most storm activity occurs, angled golden and reddish sunset light might mix with the blue precipitation core and the net effect is a greenish color.")  Video at the link.

"A pair of researchers with ELTE Eötvös Loránd University in Hungary has run computer simulations that suggest that tales of Vikings using a sunstone to navigate in cloudy weather might be true."

"The most momentous development of our era, precisely, is the waning of the nation state: its inability to withstand countervailing 21st-century forces, and its calamitous loss of influence over human circumstance. National political authority is in decline, and, since we do not know any other sort, it feels like the end of the world. This is why a strange brand of apocalyptic nationalism is so widely in vogue. But the current appeal of machismo as political style, the wall-building and xenophobia, the mythology and race theory, the fantastical promises of national restoration – these are not cures, but symptoms of what is slowly revealing itself to all: nation states everywhere are in an advanced state of political and moral decay from which they cannot individually extricate themselves..."

The town of Whalen, Minnesota has an annual "stand-still parade."  The town is so small that a conventional parade seemed inadvisable, so they assemble the parade components along the two blocks of downtown, and people walk past.  Entertaining video at this link.

"In the Philippines, the Igorot people practice an ancient burial ritual where the elderly carve their own coffins and the dead are hung off the side of a cliff." (BBC photoessay)

A man left his dashcam on when he left his Mercedes for service at a Canadian dealership.  He wasn't pleased when he viewed the results.

"Armed with satellites and drones, archaeologists discover new Nasca lines and dozens of other enigmatic geoglyphs carved into the earth."

"...they describe a prison where the prisoners routinely break out of their cells to visit terrible violence on other prisoners, without any intervention from guards; where guards turned and ran when the shackled, helpless man they were dragging to his cell was set upon by an armed gang; where guards are paid less than $12/hour and received three weeks' training; where facilities devoted to people with mental illness have virtually no trained psychiatric staff; where prisoners whose bones have been broken during assaults are thrown in their cells for days before they receive any medical attention."  This is in Mississippi.

"He offered to carry her roller skates. A year later, they were married! (1954)"

"...states are enacting laws to ban the sale of fake urine, which retails for about $17 to $40 in head shops, truck stops and on the Internet." 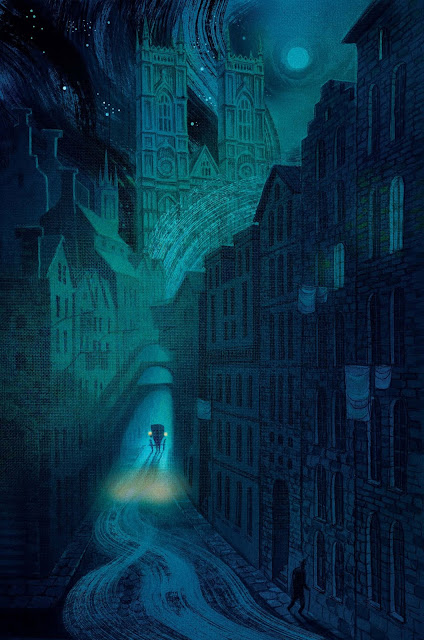 The embedded images for this linkfest are selections from a gallery at The Guardian featuring "the 24 finalists competing to illustrate a new edition of Arthur Conan Doyle’s The Selected Adventures and Memoirs of Sherlock Holmes, in a competition run by The Folio Society and House of Illustration."