"Kanyon" and the North American "Pole of Inaccessibility" 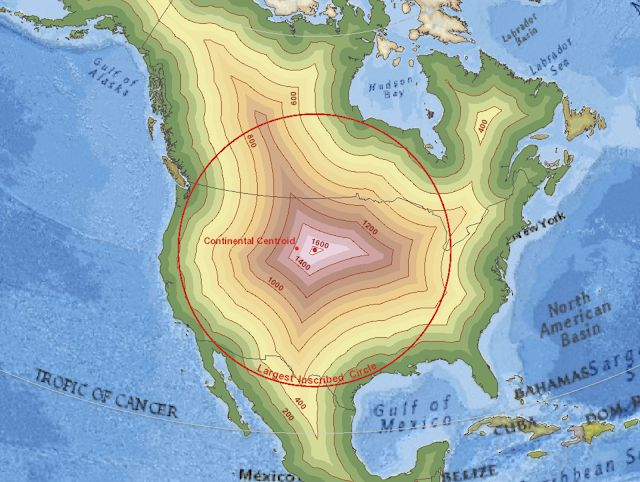 A "pole of inaccessibility" is a location that is most remote from access points.  For continents those poles are at the furthest point from any ocean or sea.  The map above shows the location for North America.


The location of the North American POI was determined to be at the northern section of Bennett County of South Dakota, about 6 km SW from the Pine Ridge Indian Reservation and 25 km SE from the Badlands National Park.

For the other poles (Eurasia, South America etc) visit the Wikipedia link or this excellent article (whence the map).

The reason I looked this up is that today I learned that the Russians are developing a "doomsday torpedo," dubbed "Kanyon."


Kanyon is reportedly a very long range autonomous underwater vehicle that has a range 6,200 miles, a maximum depth of 3,280 feet, and a speed of 100 knots according to claims in leaked Russian documents.

Kanyon is designed to attack coastal areas, destroying cities, naval bases, and ports. The mega-bomb would also generate an artificial tsunami that would surge inland, spreading radioactive contamination with the advancing water. To make matters worse there are reports the warhead is “salted” with the radioactive isotope Cobalt-60. Contaminated areas would be off-limits to humanity for up to 100 years...

Kanyon is designed to get around American ballistic missile defenses, primarily the Ground-Based Interceptor missiles based in Alaska and California.

You have to admit this is a fiendishly clever way to bypass the missile defenses.

And since the Kanyon wouldn't be deployed to impact southern Hudson Bay, the pole of inaccessibility would shift more toward Minnesota and Wisconsin.