How to make a wooden cow - updated 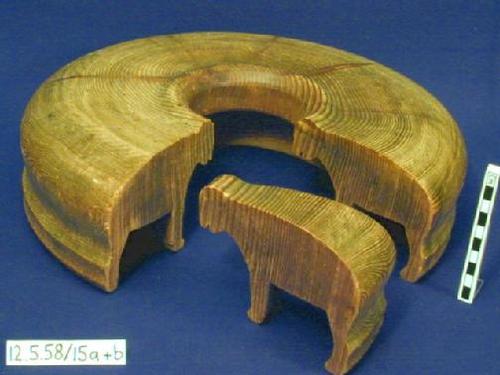 This craftsman has created an entire herd by turning a piece of wood and then slicing it.  The object comes from the collections of the Hornihan Museum; it is described as "German," but they offer no data re its age.

Via A London Salmagundi.

Addendum #1:  Reader mim found a video of how these are made in a modern family craft shop:


Addendum #2:  This relevant report found by an anonymous reader in Lost Art Press - 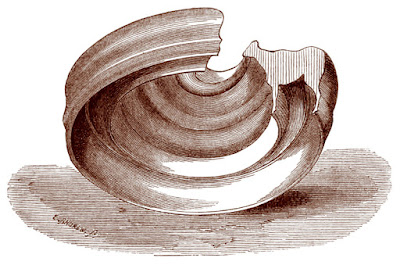 ... In the Tyrol, for example, there is a valley called the Grödnerthal, about twenty miles long, in which the rough climate and barren soil will not suffice to grow corn for the inhabitants, who are rather numerous. Shut out from the agricultural labour customary in other districts, the people earn their bread chiefly by wood carving.

They make toys of numberless kinds (in which Noah’s Ark animals are very predominant) of the soft wood of the Siberian pine—known to the Germans as ziebel-nusskiefer. The tree is of slow growth, found on the higher slopes of the valley, but now becoming scarce, owing to the improvidence of the peasants in cutting down the forests without saving or planting others to succeed them.

... Many of the specimens shown at the Kew museums are more elaborate than those which could be produced wholly by hand. A turning-lathe of some power must have been needed. Indeed, the manner in which these zoological productions are fabricated is exceedingly curious, and is little likely to be anticipated by ordinary observers.

Who, for instance, would imagine for a moment that a wooden horse, elephant, or tiger, or any other member of the Noah’s Ark family, could be turned in a lathe, like a ball, bowl, or bedpost?

No English carver would dream of such a thing at such a price. However, these are not the most important of the productions of the peasant carvers, commercially speaking; like as our Mintons and Copelands make more money by every-day crockery than by beautiful Parian statuettes, so do the German toymakers look to the Noah’s Ark class of productions as their main stay in the market, rather than to more elegant and artistic works.