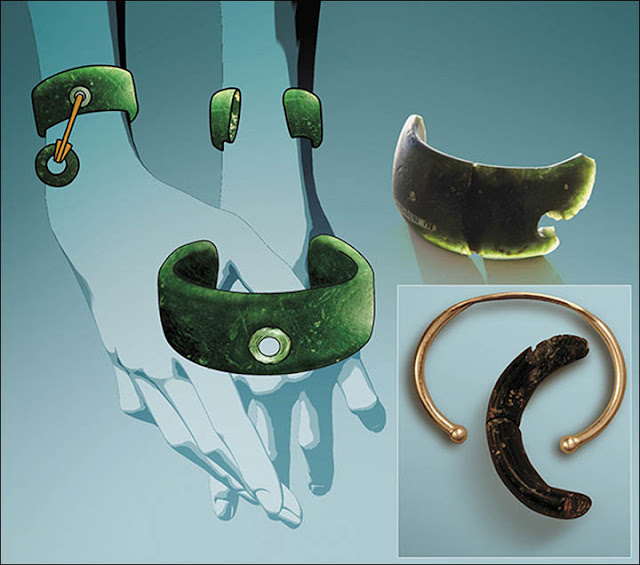 As reported by Archaeology:


A stone bracelet unearthed in Denisova Cave in the Altai Mountains of Siberia in 2008 is being called the oldest-known jewelry of its kind. Anatoly Derevyanko, director of the Russian Academy of Sciences’ Institute of Archaeology and Ethnography, and the research team believe that the cave’s Denisovan layers were uncontaminated by human activity from a later period. The soil around the two fragments of the jewelry piece was dated with oxygen isotopic analysis to 40,000 years ago.

Further details in The Siberian Times:


The ancient master was skilled in techniques previously considered not characteristic for the Palaeolithic era, such as drilling with an implement, boring tool type rasp, grinding and polishing with a leather and skins of varying degrees of tanning.'.. Initially we thought that it was made by Neanderthals or modern humans, but it turned out that the master was Denisovan, at least in our opinion."

I can't resist adding a photo of Denisova Cave: 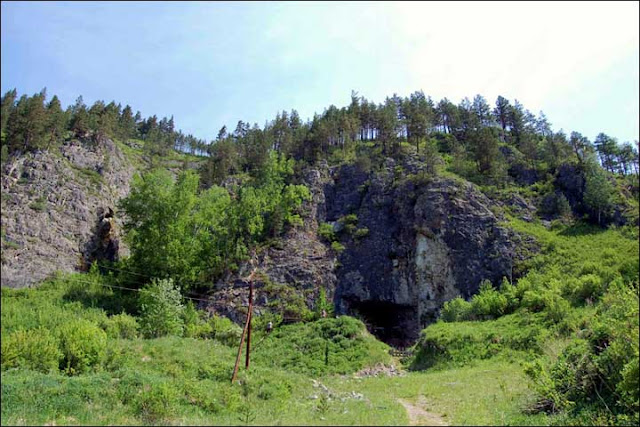 What a magnificent place to live in prehistoric times.  It's not surprising that it would have been occupied for tens of thousands of years.