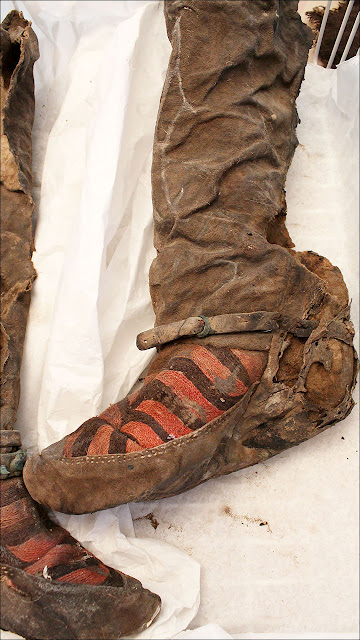 From The Siberian Times:


'Judging by what was found inside the burial we guess that she was from an ordinary social strata,' said Galbadrakh Enkhbat.This is despite the classy appearance of some of the possessions with which she is buried, which might suggest to the uninformed a higher status.

'Various sewing utensils were found with her. This is only our guess, but we think she could have been a seamstress.'..

With her in the grave - found at an altitude of 2,803 metres above sea level - archeologists unearthed 51 items including a 'stunningly beautiful embroidered bag', four costumes, vases, a saddle, her sewing kit and the skull head of a ram.

The women is believed to be of Turkik origin, and the burial is one of the most complete ever found. Experts now believe on the basis of 18 samples taken from the mummy that it does not date from the 6th century AD, as first surmised, but rather from the 10th century, but DNA and radiocarbon testing is still awaited.

Many more photos at the link.  Here's the bag: 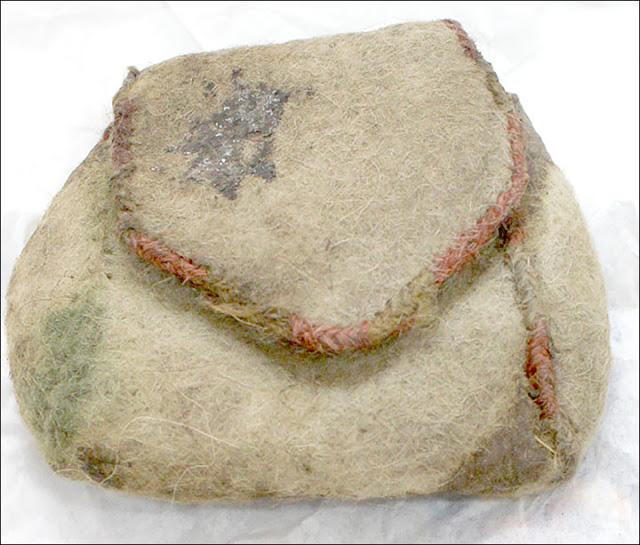