The "National Popular Vote" vs. the Electoral College 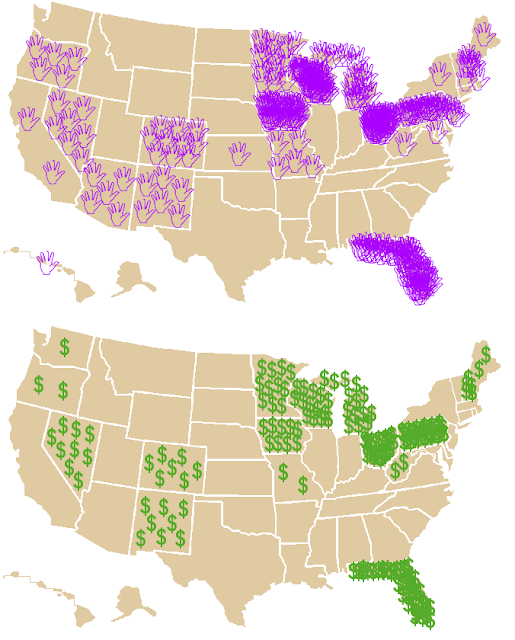 This was new to me:

And, yet, a way out of the electoral chaos is not that far off, thanks to the quiet, wonky National Popular Vote Interstate Compact. Though the initiative gets sporadic media coverage, it is hardly general public knowledge. It should be.

The simple compact proposes that states pledge their electoral votes “to the candidate who receives the most popular votes in all 50 states and the District of Columbia.” This rather brilliantly obviates the need for an amendment dumping the Electoral College from the Constitution.

The National Popular Vote Interstate Compact would only take effect when a sufficient number of states sign on such that their combined electoral votes constitute the magic 270 we’ve always needed to elect a president.

So far 165 electoral votes from 11 states have been secured. Of the remaining 105 required, 82 are seriously in play, having passed at least one legislative chamber in 10 states. Optimistically, we’re 23 new electoral votes away from ridding ourselves of the Electoral College...

More at Salon.  And of course the relevant Wikipedia page on the Electoral College.

I've embedded a map that shows the enormous divide that occurs between "swing states" and "safe states" during presidential elections. "These maps show the amount of attention given to each state by the Bush and Kerry campaigns during the final five weeks of the 2004 election. At the top, each waving hand represents a visit from a presidential or vice presidential candidate during the final five weeks. At the bottom, each dollar sign represents one million dollars spent on TV advertising by the campaigns during the same time period."

Addendum:  For an extensive informed commentary on this subject, see the comments for this post written by reader "toto."