Here's what Nature thinks of your puny roads 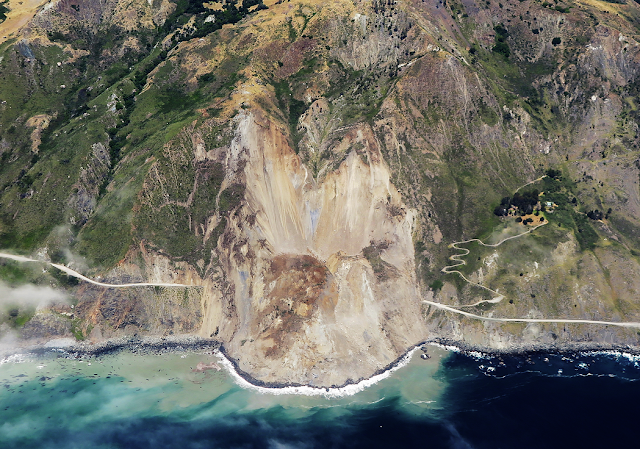 Highway 1 meanders more than 650 miles along California’s rugged coastline. The views from this ribbon of asphalt are so spectacular, and the terrain so gorgeous, that the feds declared it an “All-American Road” in 2002. People come from far and wide just to marvel at it. But much of the road was built on fragile ground in one of the most seismically tumultuous places in the world. Last weekend, the Earth reclaimed a sizable chunk of the highway. More than 1 million tons of rock, dirt, and debris tumbled onto the highway on Saturday, burying one-third of a mile of road just south of Big Sur...

Caltrans, the state agency charged with building and maintaining roads, has no idea when the road might open but said it will take months.

Wired has paired before- and after- photos with a slider.