Her name is Campanula 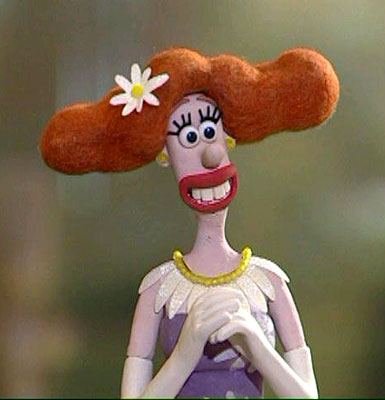 In the movie Wallace and Gromit: The Curse of the Were-Rabbit, the character voiced by Helena Bonham-Carter is Campanula, which raised the question of how many other names are derived from flowers.

Apparently there are hundreds of them.  It's a broadly cross-cultural phenomenon.  Mostly for girls (Heather, Iris, Olive, Violet, Rose, Lily, Daisy ...), apparently few for boys.  I found a list for dogs (presumably female dogs), some unusual ones (Anemone - really??), and even baby names inspired by food (Kobe, Barack, Katniss, Colby, Brie, Ginger and various herbs and spices).