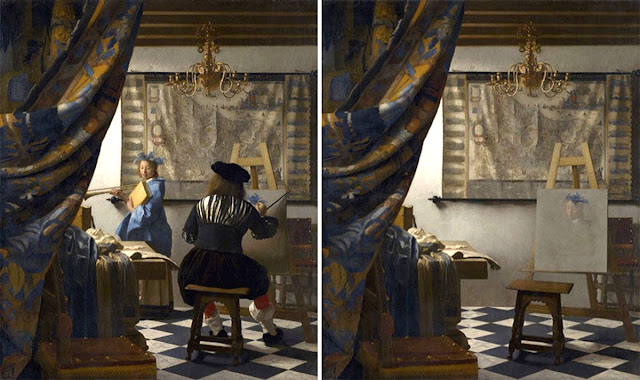 "How a storm revealed a Welsh kingdom" (nice photoessay)

If you're videoconferencing from home with Zoom, remember to cover up the camera if you carry your laptop into the bathroom.

"Lost world revealed by human, Neanderthal relics washed up on North Sea beaches" - with a large map of Doggerland.

Commentary on Deborah Birx' sartorial style and professional behavior (more at the link):


Birx doesn’t dress like a lady politician in jewel-tone suits and statement jewelry. She doesn’t wear power dresses, those sleek sheaths that are a critical part of House Speaker Nancy Pelosi’s professional wardrobe. She doesn’t turn up in a white coat as if she’s there to take the nation’s collective temperature. Birx’s style can be called classically feminine when she wears her shirtwaist dresses and knots silk scarves around her shoulders. She exudes academic wonkiness with her earth tones and tunics and mufflers double-wrapped around her neck. She never looks bland or nondescript. She doesn’t look like an automaton or someone who has lost herself in the data and computer models. And in doing so, she offers a subtle but important reminder to people that while this crisis is serious and meeting it is hard, we are still human.

How the coronavirus is killing local news.

Rational logic indicates that the coronavirus did not escape from a bioweapons laboratory.

Blighted bar slated for demolition discovered to be an antique log cabin from 1700s.  Here is a 2018 Google Streetview.

Snowflake is a 2010s derogatory slang term for a person, implying that they have an inflated sense of uniqueness, an unwarranted sense of entitlement, or are overly-emotional, easily offended, and unable to deal with opposing opinions. (example)

The movies with the most F-bombs.  "Funnily enough, not one but two Martin Scorsese's movies show up on the chart: "The Wolf of Wall Street" leads the pack with an astounding 569 uses of the word, while "Casino" is in fourth place with 422." "Doctors warn parents not to sleep with their babies because of the risk of death by accidental suffocation. Still, mothers who've carried those infants inside them want to be nearby, which is only natural. Surely, modern technology can find a way to do that safely. One idea is the device... by BellyBelly. Years later, it is not widely used outside of the Netherlands."

How smart lightbulbs can be hacked ("... too many internet-of-things gadgets don’t come with automatic software updates").

"The results released by the Iowa Democratic Party on Wednesday were riddled with inconsistencies and other flaws. According to a New York Times analysis, more than 100 precincts reported results that were internally inconsistent, that were missing data or that were not possible under the complex rules of the Iowa caucuses."

Did you know horses can have mustaches?  Males and females.  Gallery of photos at the link, via Neatorama.

"Intuit [maker of TurboTax] and other tax software companies have spent millions lobbying to make sure that the IRS doesn’t offer its own tax preparation and filing service. In exchange, the companies have entered into an agreement with the IRS to offer a “Free File” product to most Americans — but good luck finding it."

In January, 37 mph winds blew over a portion of the border wall in California.

The do's and don'ts of eating and drinking on an airplane, from back in the days when people used to fly.

Some people make a reasonable income by owning vending machines.  "Yeah, it’s a lot more simple than people think. You can buy a vending machine used from Craigslist, and you get your business license. You go to door-to-door talking to business owners and offering the service."

A Nashville art school is going to purge all non-Christian faculty.  “We do not hire people who are not Christian,” Thomas Burns, Belmont’s provost, clarified in a response to questions at a town hall on Wednesday. “So the ones who are not Christian will not be eligible to work at Belmont. That’s just part of who we are.” 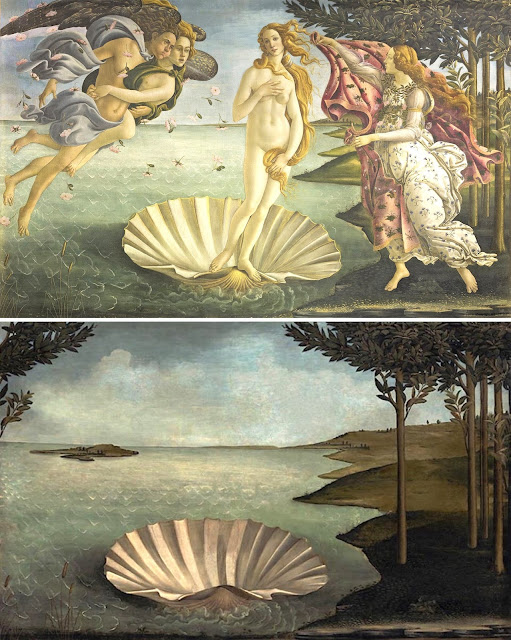 Trikafta is the latest breakthrough drug to treat cystic fibrosis.  “My life is officially starting at 29 years old. I don’t really have a lot to show for it. I spent my whole life preparing to die young…I have all this open future, all this unknown. I just don’t know how to process it.”

"Wild swimming" is what used to be called "swimming."

A mother's children tell her "there's water coming from the laundry room.  Looks like it starts at the washing machine."  She runs downstairs to find this.

Erosion on the shores of the Great Lakes is a serious problem for landowners.  Water levels are reaching historic high levels, probably because of climate change.

The Australian bushfires damaged aboriginal rock art.  "Moore said an intense bushfire burned right up to the edge of the boulder, shearing off enormous slabs of granite. The shearing – known as spalling – was probably caused by a rapid temperature change rather than prolonged heat exposure, he said."

Pearls in North Macedonia are made from ground shells and an emulsion made from fish scales.

The eruption of Mount Vesuvius in AD79 turned the brains of one Herculaneum victim to glass.  "Now Petrone and colleagues have revealed a number of substances within the glassy material, including proteins typically found in brain tissue. Crucially, these were not found in adjacent ash or elsewhere in the site.  “The detection of glassy material from the victim’s head, of proteins expressed in human brain, and of fatty acids found in human hair indicates the thermally induced preservation of vitrified human brain tissue,” the team write."

A razor-wielding rooster in a cockfight killed a bystanding spectator. 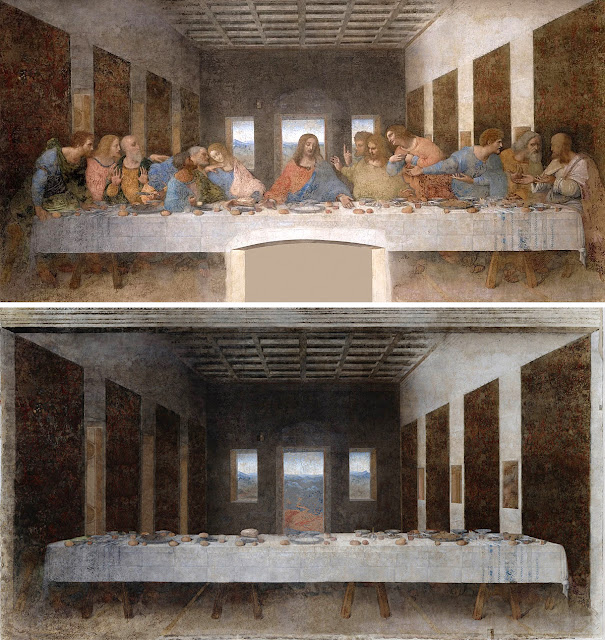 "Despite being a couple of years old, José Manuel Ballester’s artworks feel eerily familiar in the time of COVID-19. The Spanish artist recreates classic paintings like Goya’s “The Third of May 1808,” Vermeer’s “The Allegory of Painting,” and Botticelli’s “The Birth of Venus,” except he leaves out one central aspect: humans."  Via Colossal.