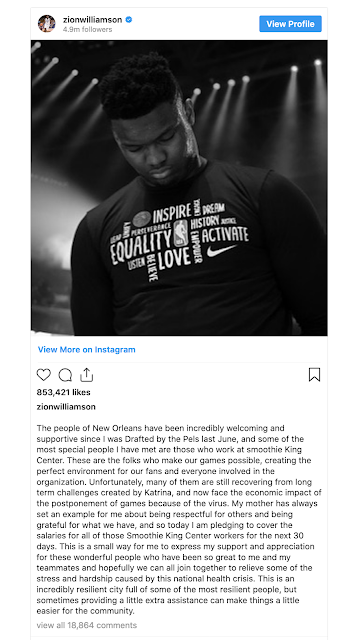 Those who don't follow sports can read about Zion Williamson here.  The point is that he is a rookie on a professional basketball team and that he is offering to pay the salaries of the employees at the arena where the team plays for the next month (while the season is suspended).  Some other players have made similar moves; so far none of the team owners have done so.

Image of his Twitter feed entry via CBS News.