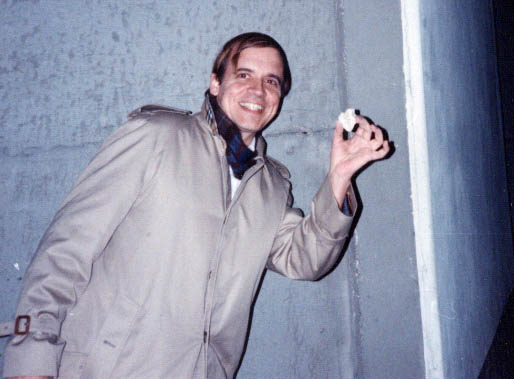 In 2014 Der Spiegel carried a story about how the Berlin Wall is gradually disappearing, and the mixed feelings Germans have regarding its preservation or obliteration.


...some locals wonder if they could have taken better care of one of the world's best-known monuments. Less than a quarter of the Wall is under historical protection and you can find more pieces of it overseas than in Germany…

Yet somehow, up until very recently, most Germans did not seem to regret the disappearance of the Wall. Nor have they been inclined to make a big deal out of what's left.

For example, even Berlin locals might be surprised to know that there are actually over 1,000 sites in and around Berlin where remnants of the Wall can be found. Yet less than a quarter of them are protected by any sort of conservation edict…

"It was a border, it was a reminder of an uncomfortable past and everyone actually just wanted to be rid of it," Roland says, "which I think can be hard for outsiders to understand."

Historians date the onset of this process of wall disappearance to November 9, 1989, when East Berliners surged through the wall, and locals on both sides of the wall began chipping off souvenirs. "These people were nicknamed "Mauerspechte" (wall woodpeckers)."

Two weeks later, the person in the photo above arrived in what was then East Berlin to present a lecture at a symposium. That evening his host family asked what he would like to do, and he expressed an interest in seeing the wall from the east side. They drove him through back streets to an obscure section of the wall and stood guard while he, suitably attired in a trench coat, slipped past some red and white guard rails and scrabbled at the wall with his fingernails until a piece of mortar came loose from a crevice. When he returned triumphantly to the car, he was reminded that had he tried that several weeks earlier he would certainly have been shot.

That piece of mortar now rests on a little stand in an étagère in his living room. We will withhold his name, just in case the Stasi are still looking for him...

For an extensive photoessay on the Wall and the old border between East and West Germany, see this link.

Re-reposted from 2009 to note the 30th anniversary of the fall of the wall.