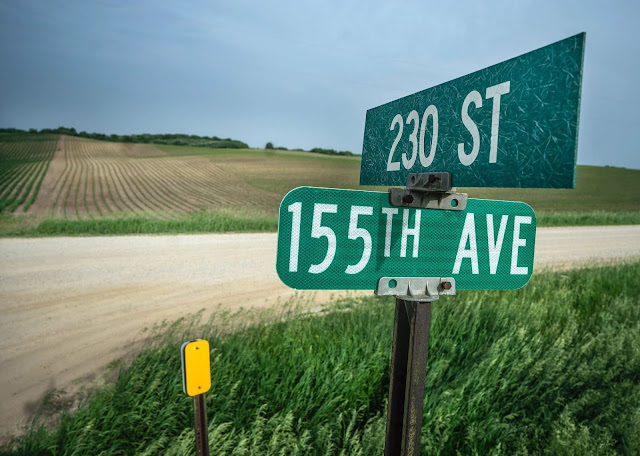 I've driven rural roads in Minnesota for decades and have often wondered about road signs like the ones shown above.  You're out in the proverbial "middle of nowhere" on a dirt road and pass a sign for 380th Street.  An article this week in the "Curious Minnesota" section of the StarTribune explains why.

The condensed explanation is that counties created rural address systems starting in the 1980s — during the implementation of 911 — to help first responders locate people in remote areas. These rural addresses apply to unincorporated areas, and generally have no relation to streets in nearby cities. "Point zero" for these rural streets and avenues is typically a county border or central roadway... Without 911, residents called their local police or fire departments directly — assuming they knew the number — and explained their location... "It ended up with a lot of burnt foundations, let's put it that way..."
Michael Mattson experienced the shortcomings of the old address system firsthand when he was 10 years old in 1990, living outside Roseau in northwestern Minnesota. One day during breakfast, his mother collapsed from heart failure and Mattson called for help as his father performed CPR.  Mattson told the emergency dispatcher his address: Rural Route 1, Box 10A. But they needed more information.  "So I'm describing, 'You head towards Warroad on the main highway. Then you go north at the cemetery. And then you go past the lagoon. … Turn right after the bridge.' That kind of thing," Mattson said.

I grew up in a home with mailing address "Route 5, Box 69W" and had to direct people by saying "after Highway 7 narrows from four lanes to two, turn right after the first pond..."
Here's an example of the grid system for Waseca County in south-central Minnesota: 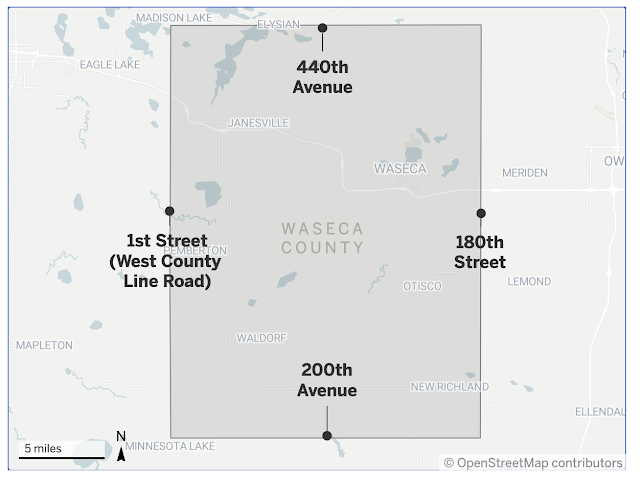 Residents are not always happy with the resulting addresses, but the system is effective.  Details at the link.   Top image cropped for size.