Good book to take on a picnic 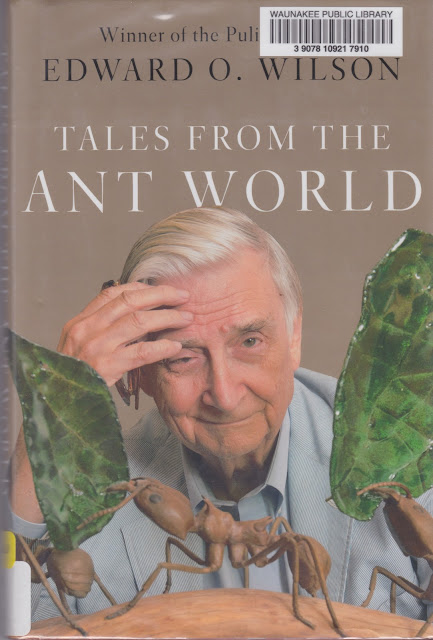 E. O. Wilson was arguably the world's leading authority on ants.  He authored thirty books (with two Pulitzer prizes), so when I saw this most recent one on our library's new acquisitions list, I immediately clicked to be put on the waiting list.
This book was written for the general public, assembling a couple dozen stories to describe his personal and professional life.  Lots of interesting factoids:

"In the Brazilian rain forests [ants] make up an astonishing three-quarters of the insect biomass and more than one-quarter of the entire animal biomass."
"In 1955, early in my career as a field biologist, I had managed to identify about 175 ant species in a square kilometer of lowland rain forest in Papua New Gjuinea.  This I believed likely to last as a world record.  Not so.  In later years, twice that number, 355, were collected by Stefan Cover and John Tobin at a single locality in the Amazon."
"The mother queen, when inseminated by several males during the nuptial flights, receives 200 to 300 million sperm cells.  These she stores in her spermatheca.  She pays out sperm cells one by one from the spermatheca during her lifetime of ten to fifteen years.  In this time, she gives birth to as many as 150 million to 200 million workers - half the size of the human population of the United States."

Lots more.  And an easy, pleasant read, sitting on your blanket by the lake.