Remember when the U.S. cracked down on mass shootings? 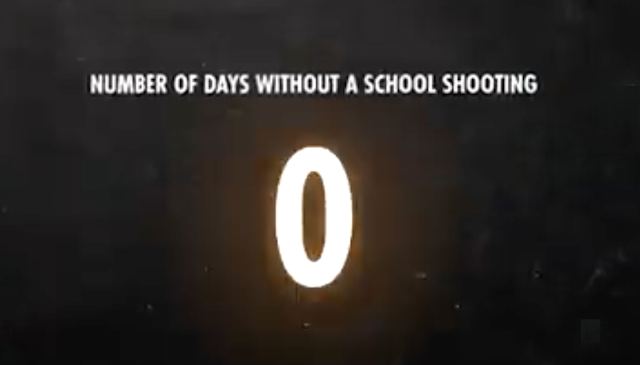 I had forgotten.  An article in the Washington Post reminded me -

They were the mass shooters of their day, and all of America knew their names: John “the Killer” Dillinger, Arthur “Pretty Boy” Floyd, Bonnie and Clyde, George “Machine Gun” Kelly.
In the 1930s, the violence by the notorious gangsters was fueled by Thompson submachine guns, or Tommy guns, that fired up to 600 rounds in a minute. In response, President Franklin D. Roosevelt was pressing Congress to act on his “New Deal for Crime,” specifically a bill officially called the National Firearms Act of 1934. Informally, it was known as the “Anti-Machine Gun Bill.”..
By 1934, more than two dozen states passed gun-control laws. West Virginia required gun owners to be bonded and licensed. Michigan mandated that the police approve gun buyers. Texas banned machine guns...
“A machine gun, of course, ought never to be in the hands of any private individual,” Attorney General Homer Cummings said at a House hearing. “There is not the slightest excuse for it, not the least in the world, and we must, if we are going to be successful in this effort to suppress crime in America, take these machine guns out of the hands of the criminal class.”..
The NRA gave qualified support to the proposed law...
The NRA and groups representing hunters opposed extending the tax to pistols and revolvers. “It is a fact which cannot be refuted that a pistol or revolver in the hands of a man or woman who knows how to use it is one thing which makes the smallest man or the weakest woman the equal of the burliest thug,” argued Milton Reckord, the NRA’s executive vice president. But as for a bill limited to machine guns and sawed-off shotguns, he said, “We will go along with such a bill as that.”

The embedded image is a screencap from an anguished video at this tweet (with a hat tip to reader Lyle).
BTW, there have been at least fifteen more mass shootings since the one at Uvalde last week.   Over the Memorial Day weekend, basically.  How fucked up is it that Americans take guns to holiday gatherings?
Note:

Around 19.8 million AR-15 style rifles are in circulation in the US, a nationwide tally that's surged from around 8.5 million since a federal assault weapons ban expired in 2004.
The more recent estimate comes from a November 2020 statement by the National Shooting Sports Foundation. In the statement, its President and CEO Joseph Bartozzi called the AR-15 the "most popular rifle sold in America" and a "commonly-owned firearm."