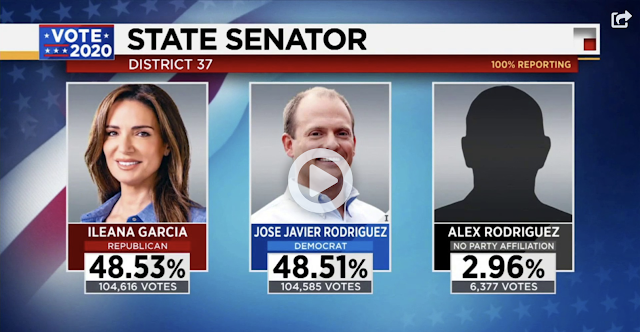 You want to defeat Jose Rodriguez, so you find a person named Alex Rodriguez and register him as a candidate.  That person does no campaigning, no fundraising, no public speaking, and has no platform.

"Local 10 News has found evidence to suggest three such candidates in three Florida Senate district races, two of them in Miami Dade County, were shill candidates whose presence in the races were meant to syphon votes from Democratic candidates.
Comparisons of the no-party candidates' public campaign records show similarities and connections that suggest they are all linked by funding from the same dark money donors, and part of an elaborate scheme to upset voting patterns.
In one of those races, District 37, a recount is underway because the spread between the Democratic and Republican candidates is only 31 votes. The third party candidate received more than 6300 votes."