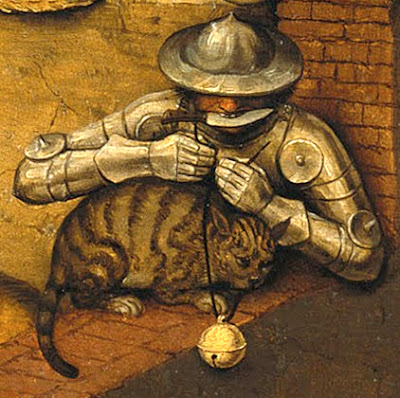 "Belling the Cat" is a fable also known under the titles "The Bell and the Cat" and "The Mice in Council". Although often attributed to Aesop, it was not recorded before the Middle Ages...

The fable concerns a group of mice who debate plans to nullify the threat of a marauding cat. One of them proposes placing a bell around its neck, so that they are warned of its approach. The plan is applauded by the others, until one mouse asks who will volunteer to place the bell on the cat. All of them make excuses. The story is used to teach the wisdom of evaluating a plan on not only how desirable the outcome would be but also how it can be executed.