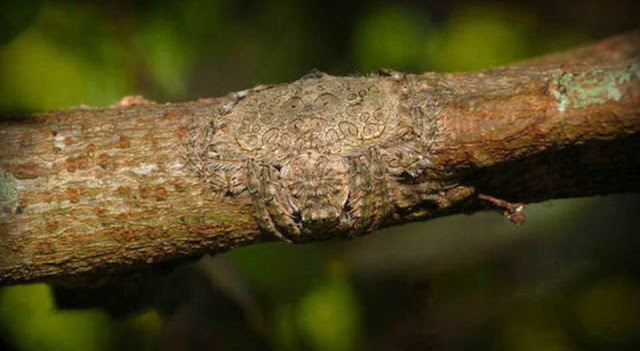 Dolophones conifera, known as the Wrap-around spider, is a species of spider in the family Araneidae indigenous to Australia. It is named for its ability to flatten and wrap its body around tree limbs as camouflage. It is found in Western Australia.

It would be a better image (via) if the distracting thingy below the branch were edited out, but I don't have time this morning.  Anyone have a smudging tool and free time?

Update: A tip of the blogging hat to readers mehughes124, Chris Tyrell Loranger, Kris McCusker, and Iain Stuart for sending virtually identical amended and improved images, one of which is now embedded above.