Excerpts from a tribute at NPR:


Veteran journalist Cokie Roberts, who joined an upstart NPR in 1978 and left an indelible imprint on the growing network with her coverage of Washington politics before later going to ABC News, has died. She was 75.  Roberts died Tuesday because of complications from breast cancer, according to a family statement. 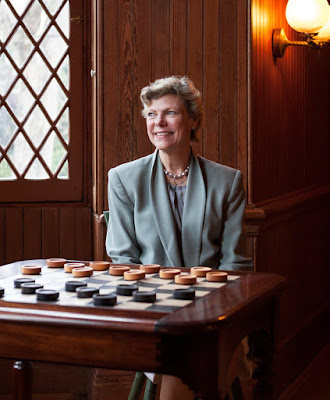 A bestselling author and Emmy Award winner, Roberts was one of NPR's most recognizable voices and is considered one of a handful of pioneering female journalists — along with Nina Totenberg, Linda Wertheimer and Susan Stamberg — who helped shape the public broadcaster's sound and culture at a time when few women held prominent roles in journalism...

Liasson said it wasn't so much that NPR had a mission for gender equality but that the network's pay, which was well below the commercial networks of the day, resulted in "a lot of really great women who were in prominent positions there and who helped other women."..

Roberts, the daughter of former U.S. representatives, grew up walking the halls of Congress and absorbing the personalities, folkways and behind-the-scenes machinations of the nation's capital. She became a seasoned Washington insider who developed a distinctive voice as a reporter and commentator...

Born in New Orleans as Mary Martha Corinne Morrison Claiborne Boggs, she was given the nickname Cokie by her brother, Thomas, who had trouble pronouncing Corinne.

Roberts' father was Thomas Hale Boggs Sr., a former Democratic majority leader of the House who served in Congress for more than three decades before he disappeared on a campaign flight in Alaska in 1972. Her mother, Lindy Claiborne Boggs, took her husband's seat and served for 17 years...

As a commentator, Roberts sometimes walked a line that threatened to eclipse her role as a dispassionate journalist. In a February 2016 op-ed co-authored with her husband, they called on "the rational wing" of the Republican Party to stop the nomination of Donald Trump.

"[Trump] is one of the least qualified candidates ever to make a serious run for the presidency," Roberts and her husband wrote. "If he is nominated by a major party — let alone elected — the reputation of the United States would suffer a devastating blow around the world."..

"In covering Congress, there's plenty of times when I felt, you know, the mother line...... I don't care who started it, I'm stopping it."

That last comment deserves the larger font.  We need more mothers in Congress.

Image cropped for size from the original, credit Ariel Zambelich/NPR.