Maybe it should be called "tempafrost" 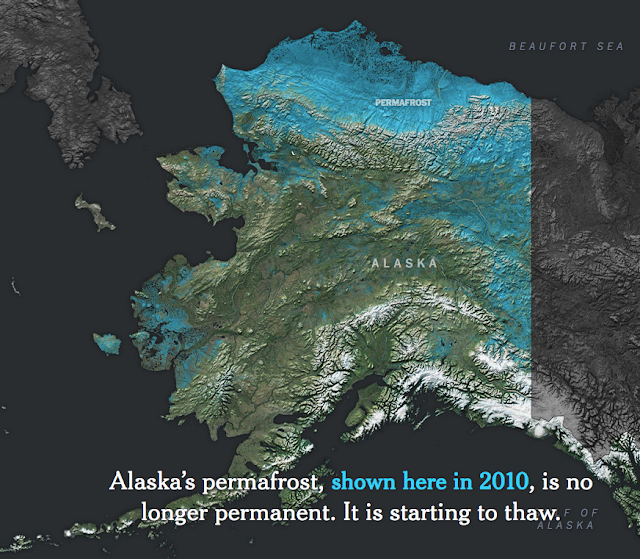 Excerpts from an article at the New York Times:


Starting just a few feet below the surface and extending tens or even hundreds of feet down, it contains vast amounts of carbon in organic matter — plants that took carbon dioxide from the atmosphere centuries ago, died and froze before they could decompose. Worldwide, permafrost is thought to contain about twice as much carbon as is currently in the atmosphere...

In Alaska, nowhere is permafrost more vulnerable than here, 350 miles south of the Arctic Circle, in a vast, largely treeless landscape formed from sediment brought down by two of the state’s biggest rivers, the Yukon and the Kuskokwim. Temperatures three feet down into the frozen ground are less than half a degree below freezing. This area could lose much of its permafrost by midcentury...


“There’s a massive amount of carbon that’s in the ground, that’s built up slowly over thousands and thousands of years,” he said.

“It’s been in a freezer, and that freezer is now turning into a refrigerator.”