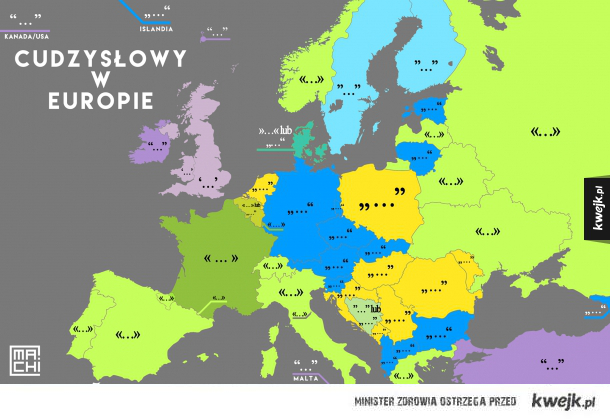 Scare quotes (also known, even more colorfully, as “shudder quotes” and “sneer quotes”) are identical to standard quotation marks, but do precisely the opposite of what quotation marks are supposed to do: They signal irony, and uncertainty. They suggest words that don’t quite mean what they claim to...

That signaling is relatively new, though, and in its own way ironic. Quotation marks, for much of their history, represented precisely the opposite of all that chaos: They suggested, even promised, rationality and objectivity...

Quotation marks vary, in their appearances, across languages. German has „“, and » «, and ‹ › to indicate quotation; it also, along with French, Spanish, Italian, Vietnamese, and many more languages, uses the « », or guillemets (named after the 16th-century French printer Guillaume Le Bé). Those marks, like their English counterparts, all evolved from a single origin: the ancient Greek mark known as the diple (“double”). It looked like this: >. And it was added to the margins of texts not to suggest quotation, but rather to signal significance—a kind of proto-underlining...

Scare quotes can also, on the other hand—invoking the “sneer” more than the “scare”—suggest partisanship on the part of the scare-quoter. To put terms like “identity politics” or “rape culture” or, yes, “alt-right” in scare quotes is not just to highlight those terms as matters of open debate, and thus to place them within the sphere of legitimate controversy; it is also to make, in that placement, a political declaration.

More on this rather confusing topic at The Atlantic.  Embedded image via Bits and Bobs, with a hat tip to reader Perduedanslecouloir.