[Reposted from 2013 to serve as a counterpoint to all the recent hullabaloo about the possibility/likelihood that Russia influenced the most recent U.S. presidential election.]

Excerpts from an article at the National Security Archive:


Washington, D.C., August 19, 2013 – Marking the sixtieth anniversary of the overthrow of Iranian Prime Minister Mohammad Mosaddeq, the National Security Archive is today posting recently declassified CIA documents on the United States' role in the controversial operation. American and British involvement in Mosaddeq's ouster has long been public knowledge, but today's posting includes what is believed to be the CIA's first formal acknowledgement that the agency helped to plan and execute the coup. 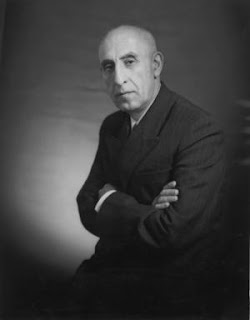 The explicit reference to the CIA's role appears in a copy of an internal history, The Battle for Iran, dating from the mid-1970s. The agency released a heavily excised version of the account in 1981 in response to an ACLU lawsuit, but it blacked out all references to TPAJAX, the code name for the U.S.-led operation. Those references appear in the latest release. Additional CIA materials posted today include working files from Kermit Roosevelt, the senior CIA officer on the ground in Iran during the coup. They provide new specifics as well as insights into the intelligence agency's actions before and after the operation...

The issue is more than academic. Political partisans on all sides, including the Iranian government, regularly invoke the coup to argue whether Iran or foreign powers are primarily responsible for the country's historical trajectory, whether the United States can be trusted to respect Iran's sovereignty, or whether Washington needs to apologize for its prior interference before better relations can occur...

While the National Security Archive applauds the CIA's decision to make these materials available, today's posting shows clearly that these materials could have been safely declassified many years ago without risk of damage to the national security...

But all 21 of the CIA items posted today (in addition to 14 previously unpublished British documents — see Sidebar), reinforce the conclusion that the United States, and the CIA in particular, devoted extensive resources and high-level policy attention toward bringing about Mosaddeq's overthrow, and smoothing over the aftermath.

The aftermath included the return to power of Mohammad Reza Pahlavi ("The Shah of Iran"), and the establishment of the SAVAK (secret police), whose torture methods included "electric shock, whipping, beating, inserting broken glass and pouring boiling water into the rectum, tying weights to the testicles, and the extraction of teeth and nails."

One can't emphasize enough that Mosaddeq had been democratically-elected by the people of Iran.  The U.S. and Britain had him overthrown in order to gain access to Iran's oil resources.

Does anyone still wonder why many Iranians distrust and/or dislike the U.S.?

Additional details in the relevant Wikipedia entry.  Via Reddit, where other relevant coups are listed.

Addendum:  An article this week in Salon emphasizes the same point -


None of this gives Vladimir Putin a pass. We don’t see enough reporting on the repression of religion and the media inside Putin’s Russia. But failing to acknowledge our own dark side when it comes to internal and external covert operations to twist political outcomes makes us look hypocritical in a world where so many nations have been victimized by our covert machinations, often with deadly consequences.

Evidently, this is the real-world meaning of “American exceptionalism,” where only we are exempt from the requirement to respect other nations’ sovereignty. There’s no better example of this than the 2014 Edward Snowden revelations that the U.S. had spied on many other countries, even allies like Germany, France, Italy and Japan...

For decades both Democrats and Republicans working for Washington law firms and global crisis management outfits like Hill & Knowlton or Black Manafort & Stone have helped the world’s most brutal and oppressive regimes hang on to power and marginalize their opponents, all while continuing to get U.S. military aid...

The U.S. has manipulated the internal domestic politics of other countries with escapades in Africa, Asia, Central and South America, the Caribbean and even in Europe...

We rarely get a glimpse behind that black curtain unless an Edward Snowden or a Daniel Ellsberg puts everything on the line to pull it back for us. None of that excuses the Russian attempt to meddle in an American election, but we should not feign innocence Trying to shape world events and our own politics through fake news, disinformation, deceit and deception are as American as apple pie.