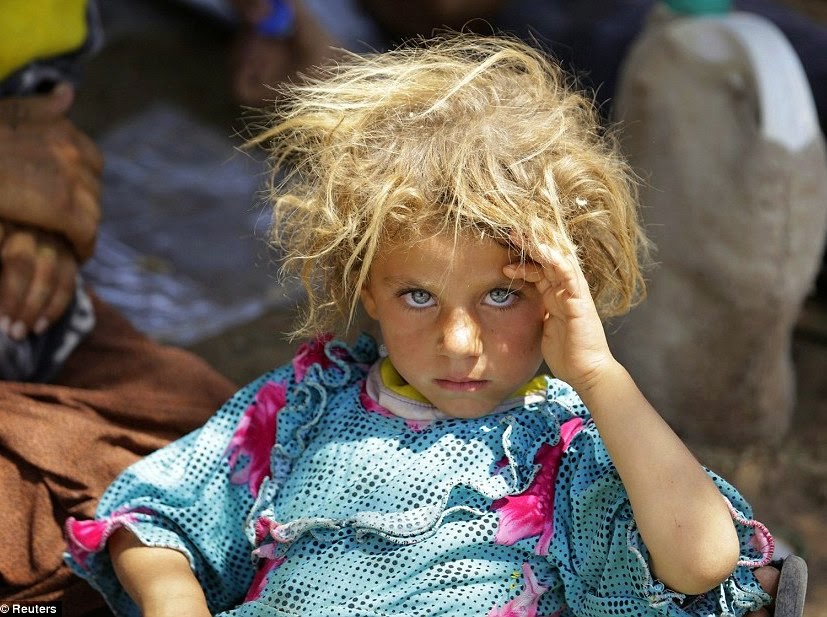 The plight of the Yazidis achieved international attention several months ago:


Fears are growing for the 300 Yazidi women reportedly kidnapped by Islamic State fighters last week amid claims they would be used to bear children to break up the ancient sect's bloodline. The minority group is originally Aryan and has retained a fairer complexion, blonde hair and blue eyes by only marrying within the community. But in a furious bid to convert all non-Muslims, ISIS jihadists have vowed to impregnate the hostages.

This week The Dish notes that "the plight of the Yazidis still isn't over."


On Mount Sinjar there are two Yazidi militias resisting the IS push. They told Rudaw that they had not received supplies for weeks. There are also YPG, PKK, and peshmerga fighters in the area as well. IS has cut off the supply routes to the mountain and the Yazidi forces are desperate for weapons and ammunition.

I found out more about the Yazidis from Wikipedia:


The Yazidis are a Kurdish ethno-religious community whose syncretic but ancient religion Yazidism (a kind of Yazdânism) is linked to Zoroastrianism and ancient Mesopotamian religions...

The Yazidis are monotheists, believing in God as creator of the world, which he has placed under the care of seven "holy beings" or angels, the "chief" (archangel) of whom is Melek Taus, the "Peacock Angel."...some followers of other monotheistic religions of the region equate the Peacock Angel with their own unredeemed evil spirit Satan, which has 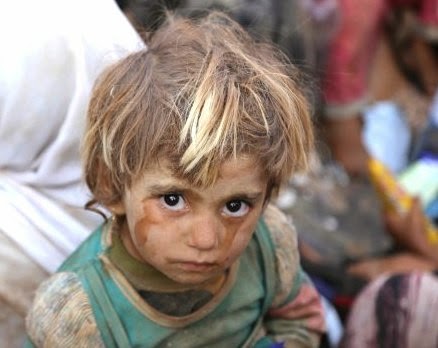 incited centuries of persecution of the Yazidis as "devil worshippers." Persecution of Yazidis has continued in their home communities within the borders of modern Iraq, under both Saddam Hussein and fundamentalist Sunni Muslim revolutionaries. In August 2014 the Yazidis were targeted by the Islamic State of Iraq and Syria in its campaign to "purify" Iraq and neighboring countries of non-Islamic influences...

Yazidism is not an offshoot of another religion, but shows influence from the many religions of the Middle East. Core Yazidi cosmology has a pre-Zoroastrian Iranian origin, but Yazidism also includes elements of ancient nature-worship, as well as influences from Christianity, Gnosticism, Zoroastrianism, Islam and Judaism....


Both images cropped to fit without removing watermarks.  Top image (a refugee, not a hostage) from The Daily Mail.  Thumbnail image credit Feriq Ferec/Anadolu Agency/Getty Images via The Dish.